I’m sure most of you guys know Valentine’s Day is coming up (or already here, depending on your time zone).

This week will be and has been extremely hectic so far—my dad is ill (two heart attacks + many other serious health issues) and was in the ER yesterday (the 12th), my 17 year old brother has cancer and is starting radiation treatment on Valentine’s Day, my parents’ 24th anniversary is Valentine’s Day as well, my sister is getting induced on the 15th and will be giving birth within 48 hours, and my 19 year old brother just moved away to stay in a college dorm for the first time. My boyfriend and my one year anniversary is on the 18th... I have never really celebrated Valentine’s Day romantically because I’ve always celebrated my parents’ anniversary.

While I’m feeling overwhelmed with things going on with my family, I’m just not in the mood to celebrate Valentine’s Day or my one year anniversary. My boyfriend has hurt me so much by emotional cheating, lying, bad communication, etc. I decided to stay with him and give him a second chance, because that’s what he wants too, and I can tell that he’s trying and really loves me...but I’m sad, and I’m still hurt. This is the first Valentine’s Day and anniversary we will be celebrating after I found out about him talking to and having feelings for other girls.

We went shooting today after he got off work and I walked into his house to this: 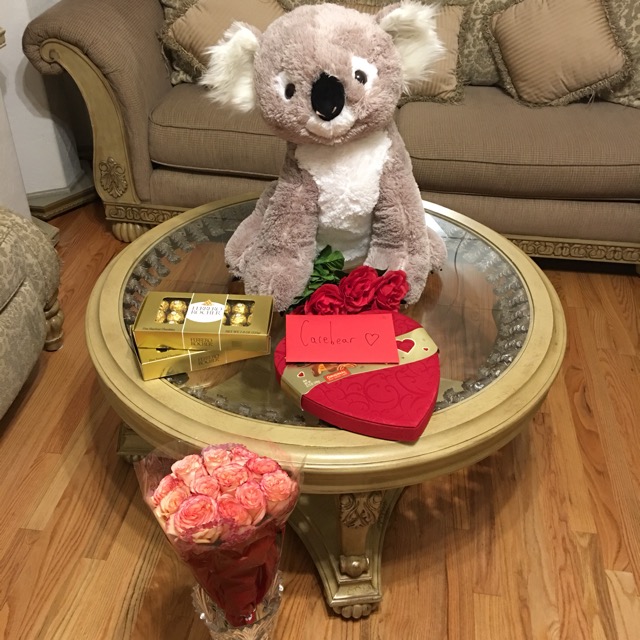 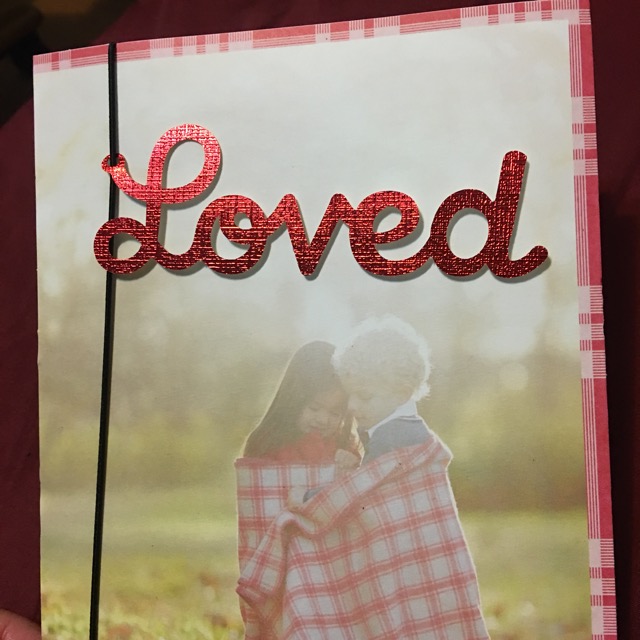 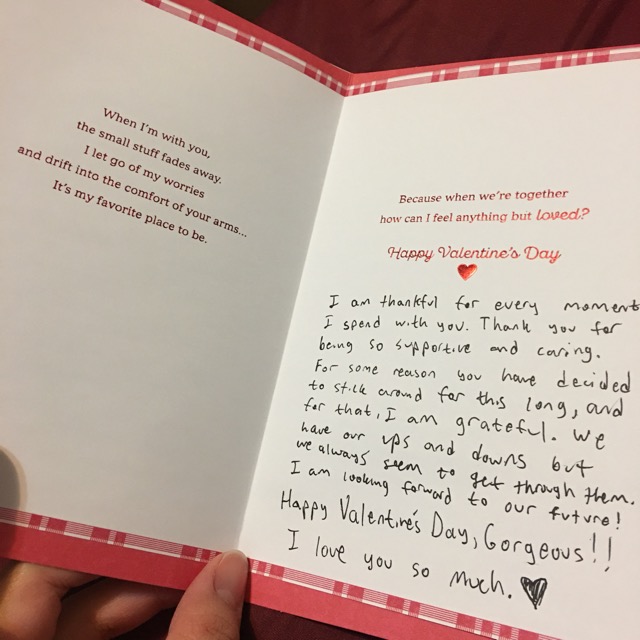 I cried after I read the card. It wasn’t because I was moved (although I do appreciate that he wrote in the card—he’s not much of a writer nor is he very sentimental) but because I’m still hurt about what he did. He knows this. And he knows I’m not in the mood to celebrate. But he seems excited for both V day and our anniversary.

We have talked about what happened so many times...I know he’s tired of hearing about it and watching me cry. But I can only tell that that’s what I’m going to do tomorrow (Valentine’s Day) and on our anniversary.

Has anyone dealt with this sort of thing? How did you deal? How did your SO respond to tears/sadness on a special day?

If any of these details matter, he is 22 (almost 23) and a full-time engineer-in-training, and I’m still in college while living at home and freshly 21. A lot of these issues regarding other girls were while he was going to school. He graduated in June. They were female friends in the same department.