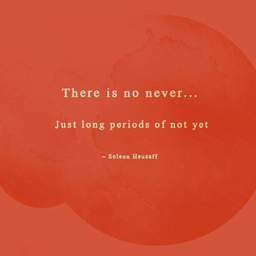 Irregular Cycle Buddies
For all of us ladies with irregular cycles

After trying to conceive in February and March, with weeks wondering if I was pregnant or not..... two blood tests, countless hpt, hormone checks and all.... I’m not pregnant. 😞 And my period started today! Normally I would never be happy to see AF, especially while trying to conceive, but going this long with all negative pregnancy tests it’s nice to feel somewhat “back to normal” again.

In February I had a positive ovulation test and my husband and I were having fun trying. We felt like that was our month and it was so great. (We’ve been trying for baby number two on and off for about 6 months). Side story: I was on Lamictal for bipolar disorder. And when I went to see my Nurse practitioner of psychiatry she freaked out and said, “Oh no! You have to stop all of your medication NOW! It’s too harmful for the baby!” ......I’m thinking to myself well, we literally just started trying yesterday.... but ok I will trust your medical advice- even though I feel uneasy about it. So I stopped Lamictal 150mg COLD... like she said... ***HIGHLY DANGEROUS!!**** and within 2 days I was bleeding and I lost my egg. 😭😭😭😭☹️😡😡😡😡 We kept trying in march hoping I would conceive but no luck. 😞

This is what started my never ending cycle for 48 days of nothing. My body was sent into shock from the medicine withdrawal. According to my new psychiatrist- things could have been a lot worse for me. Coming off an anticonvulsant like Lamictal too fast can cause: seizures, deadly sepsis of the skin, and other horrific complications. 😱❌

Anyone else have a medical horror story???? It’s in the past now, but I’m so MAD ABOUT THAT AWEFUL MEDICAL ADVICE!