So I just woke up from a nap to hear my husband come thru the door from work. He walks in carrying a purse, a ice bucket and his lunch box. So I'm thinking to myself " what is he doing with this purse?" So then he walks over to me (cuz I'm laying on the sofa) And says " here, I got u a purse" And just hands me the bag. So I look at it and say thank you, soon as I say it he hauls off and says "if you don't want it, then u can just give it back!" (Whoa!! Wtf!) FIRST, he just hands it to me like its something I dropped on the floor that he picked up, then it wasnt wrapped or in a gift bag or anything like that so I didn't think it was for me, then it looks like he literally found it at a yard sale or lost and found. But my issue is not the purse itself, but how he presented it me. It wasn't like he came in and said "hey babe, I got you a gift or anything like that. I was more like.. here, I got u this old ass hand me down purse, either u take it and be happy or u give it back. So now I'm like pissed off!! I mean, am i overreacting? And outside of some purfume and flowers, he's never bought me anything. this is the purse👇🏽👇🏽 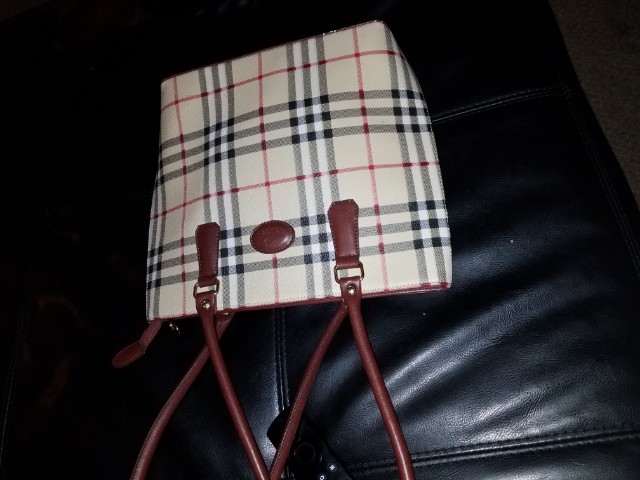 *update* So after my husband showered, I told him how I felt and he stated that the only reason he did it the way he did and said what he said was because he didn't think I would really want the purse considering that all my other bags are bigger and name brand and because he found it at a yard sale ( which I figured as much). but I explained to him that he shouldn't just assume I wouldn't like it because I'm used to certain things. To be honest, I do like the purse I just didn't like the way he presented it to me because it made me feel like he didn't really care about it. I don't know if you guys can understand what I'm saying but he got it and he apologized for coming to me how he did. I love my husband and all his gestures big and small. AND I let him know it too!