Anxiety & Depression Support
Support for anyone dealing with anxiety, depression, or other mental health issues.

My emotions are all over the place

I don’t know where to begin. I’m a single mother of three kids, two of which are by a man I was with 8 years ago. My youngest is by my recent ex, who I was with for 8 years. He was/is dad to all three of my kids.

11 years ago, I met a guy. He was fun, loving, and I fell hard and fast. We almost got married. I got pregnant with my oldest, and he was so happy. We both where. But he changed. He became an alcoholic and drug addict. He became mentally and physically abusive. He beat me up one night, after our daughter was born because I bothered him while he was out one night. Spent 8 months in jail. Said he changed. And I believed him.

We got back together when he got out of jail, and the cycle continued. Drinking constantly. Back on drugs. I ended up getting pregnant with my middle child. My son. I kicked him out, and he continued to use drugs.

Fast forward 4 years, he “cleaned” up, and believed him. I was with another man, and just had my youngest daughter. He asked if he could take our kids to thanksgiving with his family, and his other kids. I was hesitant but agreed. I had a bad feeling, and ended up picking my kids up early. I was right, he was high when I picked them up. I cut contact again.

He ended up loosing his other kids, and continued to use. His other kids where adopted by their foster family.

Fast forward another 4 years, he reached out to me, about insurance for my children. Within our child support order he had to get insurance for them if he could afford it and it was within reason.

He was sober. He’s a good job, met the woman of his dreams. Was “happy”. His girlfriend was very untrusting of him. Checked his phone, patted him down for phone numbers when he got home from work, even called me to see if we where getting back together. Neither of use wanted that. I was supposed to be getting married, and he wanted to marry her. She understood but still get uneasy. I made sure to talk only about the kids with him.

He wanted to get to know our kids, as he had only met my 8 year old son once. I talked with his dad, and he confirmed that he was sober. We where making plans for him to meet my kids, get to know them, and spend time with them during the summer. All of us, his girlfriend included.

She still didn’t believe that we only w

anted him a to be a part of our kids lives. She got drunk one night and text me from his phone posing as his saying he didn’t care about my kids. I didn’t want the drama, and knew it was a problem between them, so I cut contact again. This was 5/21/2017. 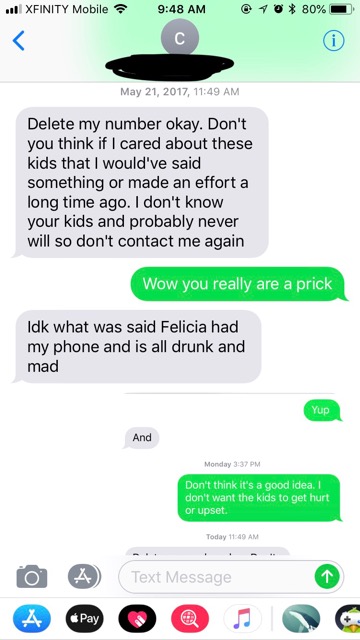 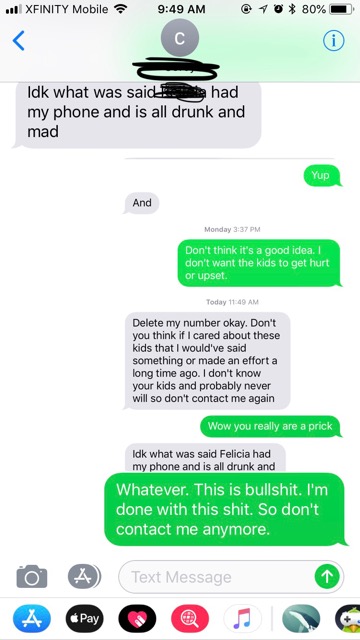 On Father’s Day, 2017, one of his family members called me. Asked me if I was driving, and said it was important. I wasn’t driving, I was home with my kids. She started crying, and said his girlfriends daughter had found him hanging. He killed him self.

In 6 days, it will be the one year anniversary of his death. My oldest daughter is having the hardest time coping. I tell her about him all the time. Everything. She knows he had an addiction, and was mentally unstable when he passed.

But, the past three days, I have mixed emotions.

Sad because this was a man I loved at one point in time. I had two kids with him. He was my best friend.

Sad because my kids hurt. They won’t ever get to know him.

Mad because he hurt my kids. That he took that away from them.

Guilty because I knew it was her texting me, and maybe if I would have kept in contact with him, he would still be here.

I feel like because he felt he had 5 kids, and couldn’t see them or be a part of their lives, he felt he was nothing. He had his issues, but he was working on them. He was doing so good.

But because he had issues, they haunted him forever. And he ended up choosing his way out of his problems.