So there is something I’ve wanted to post for quite some time, but never got around to it.

And that’s PMDD, or Premenstrual Dysphoric Disorder, not to be confused with the more well known PMS

PMDD is a physiological, endocrine related illness in which the body reacts to the extreme to hormonal shifts. Sadly, like most female reproductive issues (and the system as a whole), there isn’t much known about PMDD.

Symptoms of PMDD include : 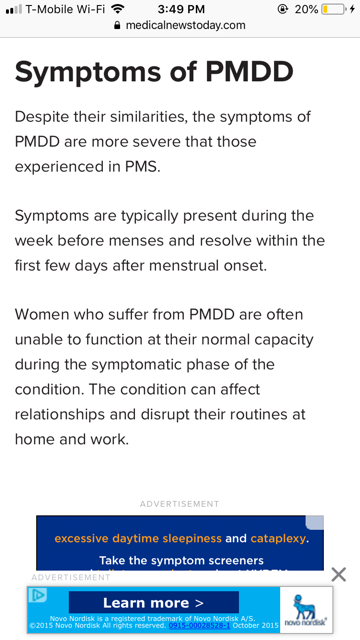 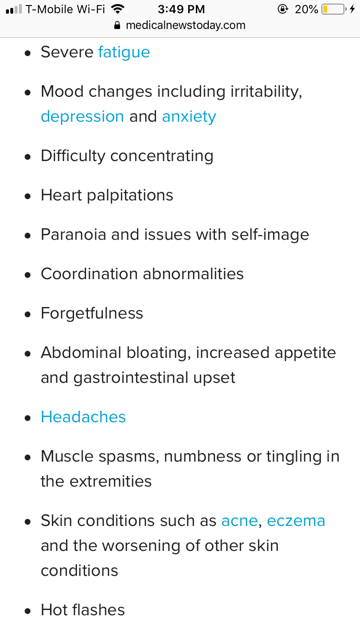 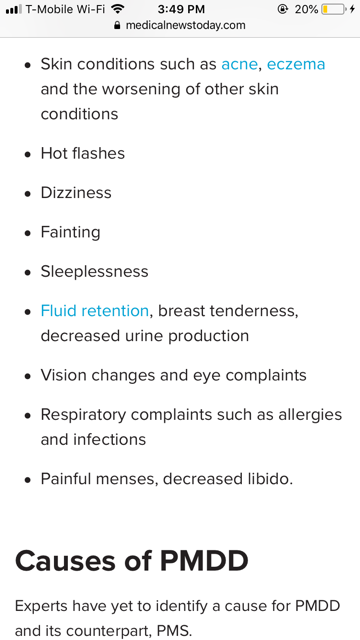 Unfortunately, because of the stigma attached to PMS, women, and hormones, PMDD has been dismissed as trivial. However with increasing suicide rates in women, researchers have started to pay more attention to this condition.

It is estimated that 15% of women with PMDD attempt suicide 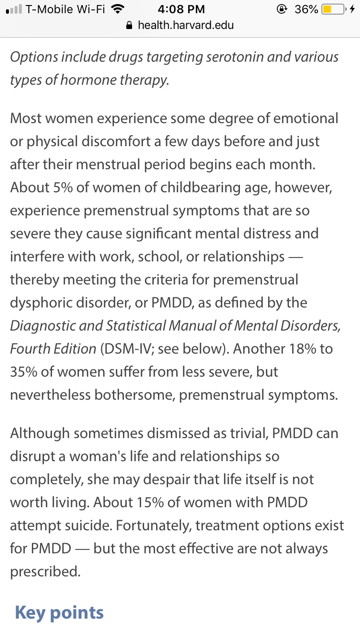 I was diagnosed with PMDD in November, when I had a miscarriage. My doctor had documented an exponential rise in my stability since my last suicide attempt. But suddenly, I shot in the complete opposite direction. But when it was discovered I was pregnant cuz I had a miscarriage, she pieced the puzzle together.

Every suicide attempt in which I was hospitalized, I got my period roughly a week later. Every single time.

Every single time I also showed symptoms of psychosis, and severe paranoia.

With the miscarriage, it was a whole different level. I was sneaking around, looking behind my shoulder, afraid to talk to anyone. She asked me why. I told her because someone was trying to kill me.

And after the miscarriage passed, and my hormones regulated, suddenly I was back to normal. I had no idea why I got so paranoid either, and was incredibly embarrassed and shaming myself.

So she sent me to an OB/Gyn to try a more permanent birth control option.

And gosh that was a life saver. I still get crippling emotional symptoms where I lose motivation to keep going and lay in bed crying, and I still get paranoia. But the difference is that for me, I have been able to rationalize while on birth control. So though I still feel this way, I can talk myself down and reassure myself I am safe. Where as without the BC, that was not possible.

If you suspect you have PMDD, consult your primary care doc. 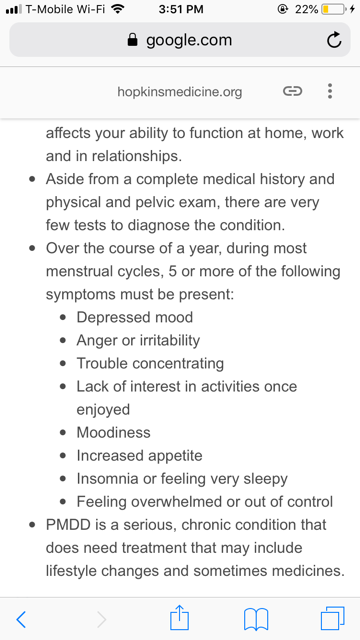 But if there’s one thing I want to say the most, it’s done let people bring you down for things you struggle with that you have no say in the matter.