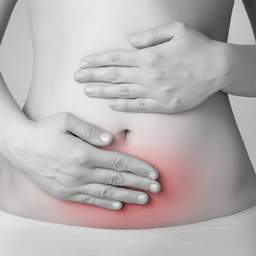 From Diagnosis to BC Side Effects

Hey everyone! I just wanted to post my experience with endometriosis to see if anyone else had a similar experience and to let people know about some of the rare side effects of birth control. I apologize, I’ll try to keep this as short as possible but this is going to be long.

So I didn’t really have any of the typical symptoms of endometriosis, and I didn’t even know what it was when I was diagnosed. When I was 13/14 I was having my period every other week for probably two months before I got it checked out at the doctors. I just thought it was my period being irregular from stress or changing hormones so I ignored it and just hoped it would go away but it didn’t. During the surgery to have the cyst removed they discovered that I had endometriosis and they were already in there so they burned off the scares they saw and prescribed birth control that I would take continuously (no placebo/ last row) and I wouldn’t have my period anymore.

And that went well. I went through all of high school and college without really having a period anymore, unless I was really stressed and then it would really be more heavy spotting rather than a real period.

Fast forward to this year when I just wasn’t feeling well so I went to my doctor to ask for an ultrasound to see if I had another ovarian cyst since I was only my period for a symptom the first time and that was gone now. During the ultrasound they saw I had lumps on my liver. I needed to then get an MRI to confirm that I had hepatic adenomas (lumps on my liver). During the MRI they also saw that I had a lump in my breast (fibroadenoma) which I had to have confirmed by an ultrasound and biopsy. Both of those are side effects from the birth control so I have to be off all hormonal birth control for at least the rest of the year.

The hepatic adenomas are a very rare side effect from birth control, but from a bit of research I’ve done is more common when you’ve been on birth control a long time (I’m guessing most of us here). I just wanted to tell my story and urge you all to go to your doctor if something feels off. Hepatic adenomas don’t really have a lot of symptoms until they rupture, which I feel some of us might ignore and think could just be endo pain. I just want to give people a heads up and urge them to be on the listen to their bodies if something feels wrong or off.

TLDR: being on my birth control for almost 10 years continuously gave me hepatic adenomas, which are a very rare but serious side effect from birth control which is becoming more common as people are on BC longer from my research. If you feel something is off listen to your gut and check it out