So here’s some back story. My dads friend, we’ll call him Tony, and his baby mama are fighting. She wants o move out and keep full custody of the kids, so tony is trying to spend all the fun time he can with his kids. So Tony and I hunk his oldest son came over and wanted to meet my dog Otis. So they took him outside and just wanted to play tackle the poor kid. Otis is wrestling with my dad, trying to get to the kid, who smells like 5 other dogs and is Otis’s height. So Otis swipes at the kid , not too hard, but then he had a timeout in his bed. So we put a band aid on the scratch, which wasn’t bleeding, but we thought it would be good, then they went home with a popsicle for the kid. They get home and the baby mama rushes the kid to the hospital for a little scrape, when the skin peels away and no blood comes. He is checked out fine, but his mom is now yelling at tony, calling him a horrible parent to let HER child near such a “vicious” dog. So now we are scared that she will have the police scone and take him away, for lies she’s saying and probably going to use for the court case when trying to keep her kids to herself.

Here’s Otis, he’s two years old and he is a English Mastiff. I don’t want to loose my brother 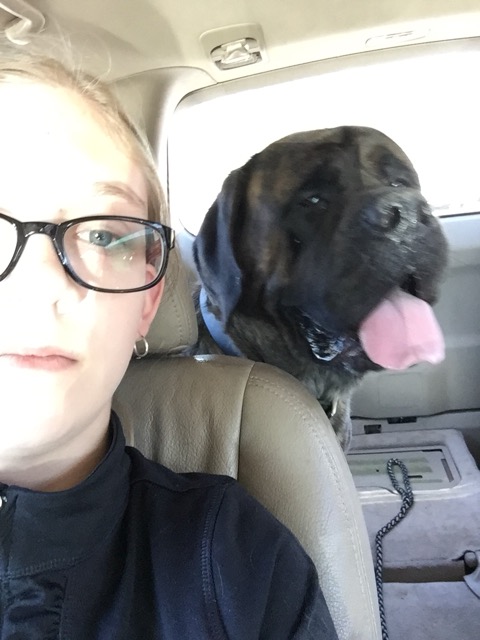 Is there anything we should do? Tony knows my dad since they were kids and wasn’t even that scared when Otis took a swipe at his kid.

Update: my dad talked to a lady at animal control and she is coming over sometime this week to look at our big dumb loving idiot and make sure that he has no rabies to finish her file. I have no idea what is going on with the mom to the kid tho

Update 2: the lady was just here. She gave us the thumbs up. And she was the lady who bought his old crate, so she already knew us and him. I CAN BREATHE AGAIN