Fake friend??? Or is it normal?

This girl and I were friends through all 4 years of highschool but she went to public school and I was homeschooled. We've had some issues before. Once she thought one of my friends was a racist. When I asked why she said "you're not ready to hear the reason" and "you're overreacting it's not that serious. She never told me why, so I just let it go.

Me and this girl only hang out like once every two months but we say we're each others "closest friends". Recently, she met another girl and she calls her "her other closest friend". They hang out like almost every day and are always together. That kinda hurt but I didn't mention it because I didn't want to be annoying. I saw a video of them at a pool party on snapchat and thats when I decided to say 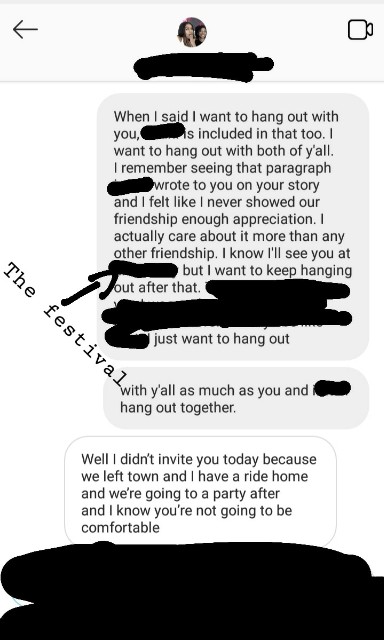 Her profile picture is of her and the new girl. She changed it after I told her how I felt. When the festival came around I asked if she was still going and she said 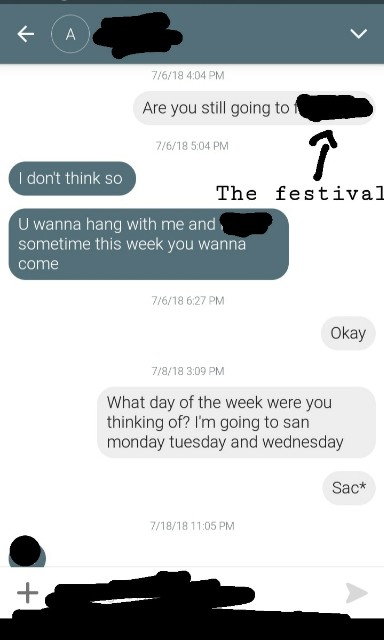 She never responded and I looked on her story and shes hanging out with the other girl and they went camping. She posted all the camping pictures and videos when she knows how I felt. I blocked her and she called me but I didn't answer. She text me and said my name and I said "yeah" but she never responded. Idk what to do.