Update: Sad to say I miscarried two days ago 😔😔😔

sooo this has been and interesting couple of month's. (small back story) me and my husband were married back on July 19 2017 after being together for 5 and half years we decided that it was time to have my birth control removed after having it for 13 years to start a family. At the end of June I had my first real period that lasted a normal 5 days and then be got to work having sex every other day of ovulation and I took pregnancy test way to often and keept getting negatives I was disappointed each time so once it was a week past ovulation I took one more test and it was negative so I told my husband well there's always next month so we just hit our first marriage anniversary on the 19th and had the best sex ever! so starting maybe 4 days ago I started feeling very small cramps and I thought it was just my period coming so I thought nothing of it until yesterday I had a very vivid dream of have a posative test in front of me so I then woke up for work and took one and got a very fast posative!!! I didn't tell my husband just yet only because I was to confirm with 2 more tests and they have all come back posative very quickly! my husband will be home in 3 hrs after a very long graveyard shift and this will be the first thing he sees when he uses the bathroom lol! 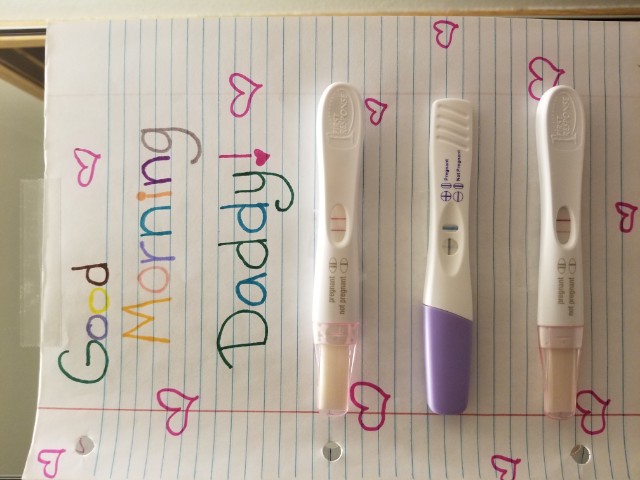