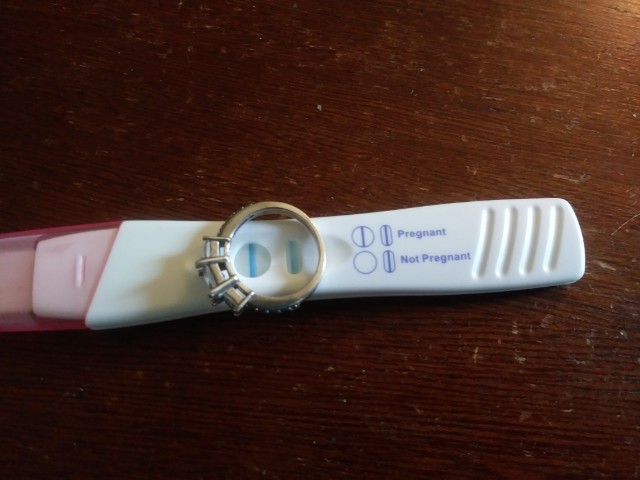 My husband and I have been talking about having a baby, however we were not proactive in trying to conceive. We only baby dance once last month and just so happens it was smack dab in the middle of my fertile window. I didn't notice it until I was looking at my upcoming AF. Which, at the time, was one to two days away. However I thought nothing of it so I continue to start preparing for my AF. Unbeknownst to me my AF decided it was not going to show so I took a pregnancy test this morning that I had for over a year. the test side was completely clear and had no line but the pregnancy side had a dark line. I decided the thing was busted so I went to get a new one at the store. I took it and immediately I got two dark lines. 😆😎😂😉😍😅 I'm still trying to wrap my mind around it.😌 BTW my husband and I decided we were going to wait until December to start trying.😓😑 My baby's due in April