is this sexual harassment? 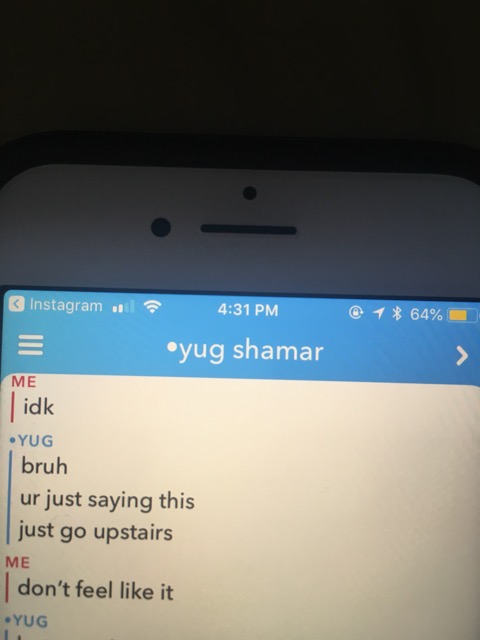 so this guy from my school he’d helped me through a lot and a few weeks ago we were playing truth or dare and he asked for a pic, like a pic a pic, and idek why i got it started but it wasn’t nudes or anything but bra and underwear. he liked it and i kinda gave it to him as a thank you?? sorry his sounds so immature (both of us are 16) and since then he hasn’t stopped asking. and it’s not even a fair thing we have because he’ll ask me for pics and shit and i said “would you ever send anything to me?” and he said “nah prob not. i’m not as confident as u” so it’s not really fair how he’s asking me for all these things. he’d text me all he time “what r u wearing” “where r u” “what are u doing rn” like leading up to asking me. i was getting annoyed so i’d give him super vague answers and when i felt it getting up to it i’d just ignore him (everything’s on snapchat so i know if he screen shots etc..). last week i think i snapped him and said “look i can’t do this whole game anymore” and he said “ok”. i thought it was finally done and i didn’t have to hesitate everyday opening his snapchats.

UNTIL TODAY.... i’m still back at it with the super vague responses, but here’s a little taste of what goes on... 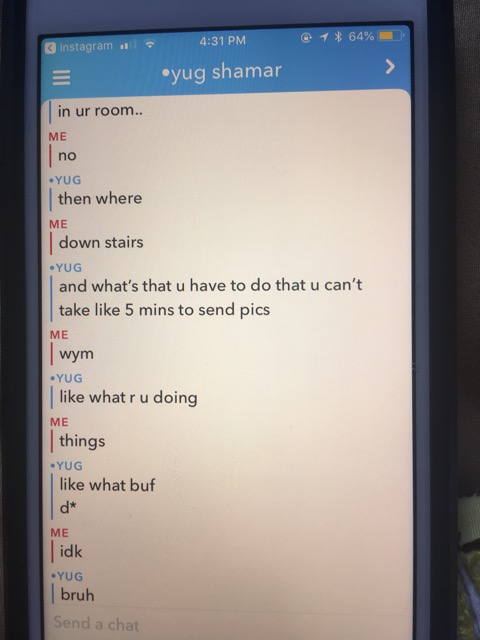 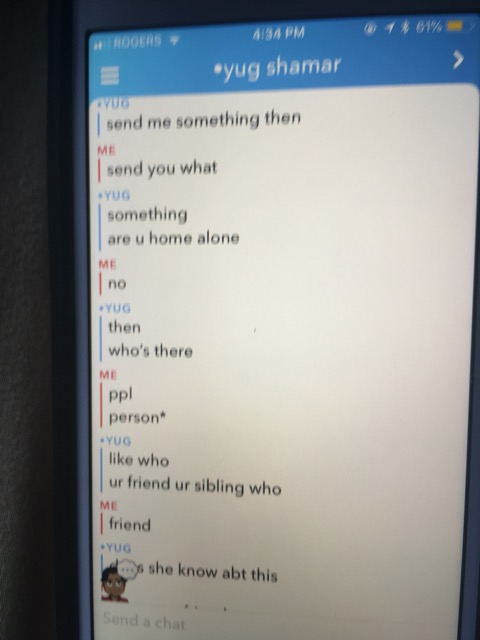 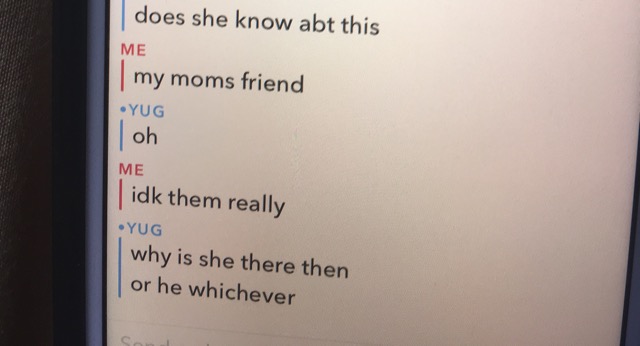 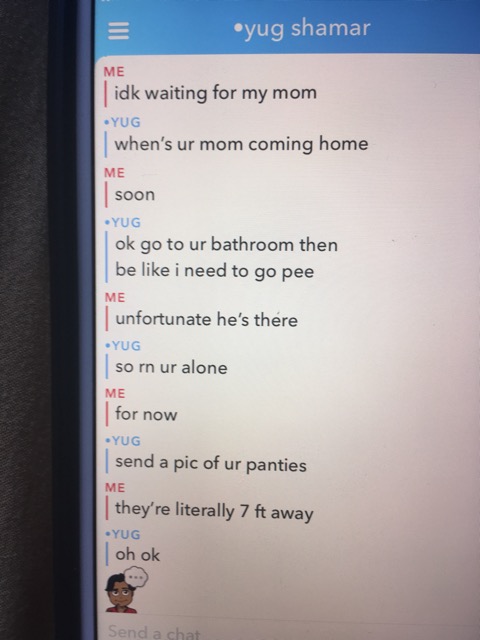 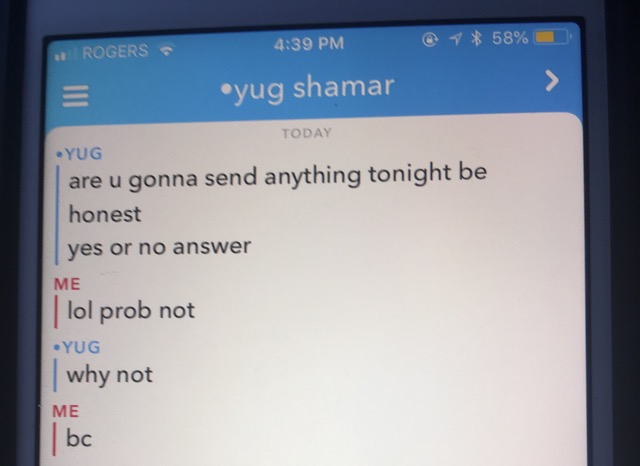 i also sent him this awhile ago 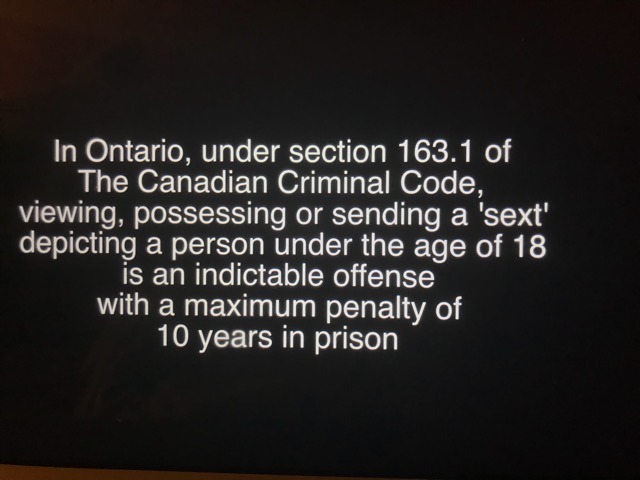 yet he still won’t stop

SMALL UPDATE: i’ve read all the comments and i do understand it’s still child pornography because i’m under 18, ok, i understand that