Should I buy it now, or chance it being discontinued at Target while waiting for my registry details to go out with shower invites!?!?

We won't be sending shower invites for another few weeks, and I just got an email and registry notification from Target that the carseat/stroller combo will be discontinued soon and to replace the item with something else. I have a feeling my mom was planning on getting it for us, but I know she can't afford to get it right now and was saving to get it closer to the shower... But I'm so tempted to just get it right now myself while Target still carries it, rather than chance it being discontinued at Target before it can be purchased.... they are on Amazon as well, but if it is being discontinued at Target, I'm worried it will be other places too. Should I just buy it now!? 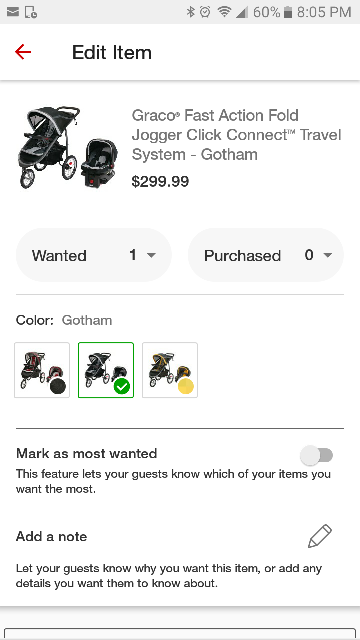