I got assigned an animated group project for university with two other girls and two guys. One of the guys showed up to only two of our meetings and hasn’t done shit, and the other guy is still contributing, but not much.

I’m usually a timid person and I hate confrontation, but after several light warnings, I’d had enough of it. So I called them out in the group text. 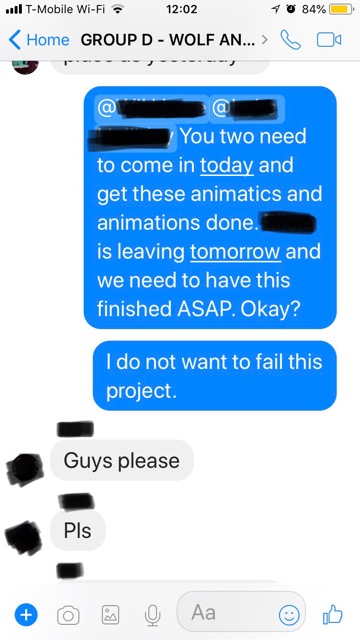