So this is my chart, I know glow can be off that’s why I’ve tried to have sex as much as possible this cycle but I’ve been having “ovulation” CM since the 7th I have a 26 day cycle but I’m just confused because I’ve been having the ovulation CM ever since that day every single day. I thought it would be over by now but I just went to the bathroom and it’s there still usually it’s creamy by now but it’s still clear and stretchy? Has this happened to anyone else? Does it mean we should still keep trying or do you think I already ovulated? I had a burning sensation on my right lower side on the 13th and I thought that that was my egg releasing. I usually do get one sided pain during my fertile week at least 1 day. I’m just so confused because of this never ending ovulation CM and I’m really hoping for a Christmas pregnancy announcement to my family for our second baby ❤️ 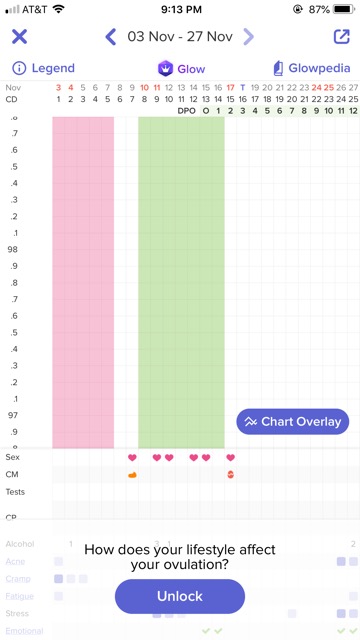