He's been planning this for 2 months. We've known each other for years. We grew up together and he's been there for every step of my life. We are christians and we believe that God has set us up to be with each other for the rest of our lives even though I did the unholy of getting pregnant before marriage. He picked me up at work last night and we went to his place. He told me get a shower and get changed in the outfit that he picked out for me. After I got all dressed up, he did my hair and makeup for me (he's a cosmetologist). I asked him what we were doing. He told me that we were going out. First we went to dinner. The food was amazing. Then we went and looked at Christmas lights even though he doesn't like it. After that we went to the movies. Lastly, we went to the spot where we first met. It's an old willow tree and he pointed at the carving we did when we were younger and I heard soft music playing in the background and I looked around and when I looked back at him he was on one knee and he pulled out a tiny box with his grandmother's ring in it. Of course I said yes and I was crying because it also happened to be 3 years after his grandmother passed away and his grandfather gave him the ring. I feel so special that I get to wear this very beautiful piece of his family's history. I am still in shock. He also had my promise ring and he told me even though I had sex before marriage he wants me to wear it because he thinks I'm still as pure as I was before I got pregnant. 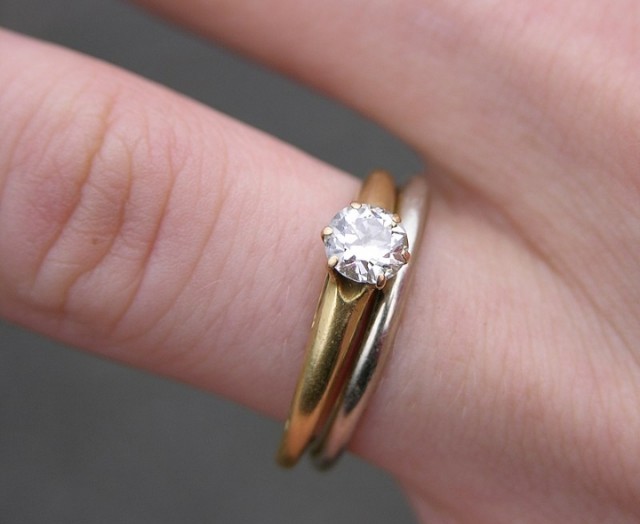