I have 2 dogs, one of which is the sweetest and has been around babies before and knows how to act around them. The other is also very sweet but hasn't been around babies and is generally pretty dumb (I mean that nicely, he's the type to run into walls and fall off the couch regularly lol). He also doesn't understand where his body is and will step on us pretty hard because he's like 55-60 pounds and it hurts. He's over a year old so I have no idea how to get him to be aware of where his body is either. We're planning on getting a baby gate to separate him from the baby when he's here finally just because I can see him accidentally scratching the baby cause he gets excited. But is there anything else we can do to make this easier? We'd like to not have to separate him forever since that's not fair to him but obviously if he's still being dumb we'll have to cause our sons safety comes first. He reacts well to ask the baby stuff and the crying videos I've played to get him used to it. He's just dumb lol 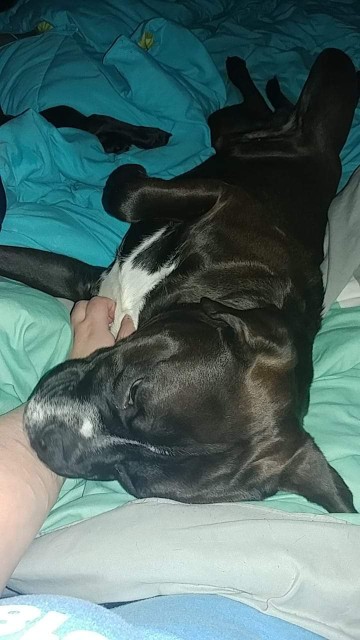