I really wanted to send this to my partner because things are just getting to me far too much now. Especially that our baby is due in 2 weeks time and I really want things to get better and not worse. It all seems okay between us but the affection is gone. And with the baby coming all the time and emergy will be given to our baby instead of us, and I'm scared that it'll just make things worse. I caught him flirt with a girl at work in Skype messages 3 months ago , and at that time he stopped being intimate and once I found that it really brought my confidence down. He never flirts with me anymore :( anyway, after everything I said to myself I'll take a step back and just see if he tries (like he promised he would) and things never got better. They did for a week and then just got worse.

So I wanted to send these to him 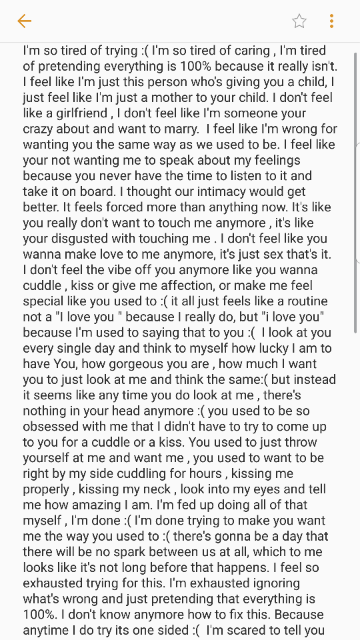 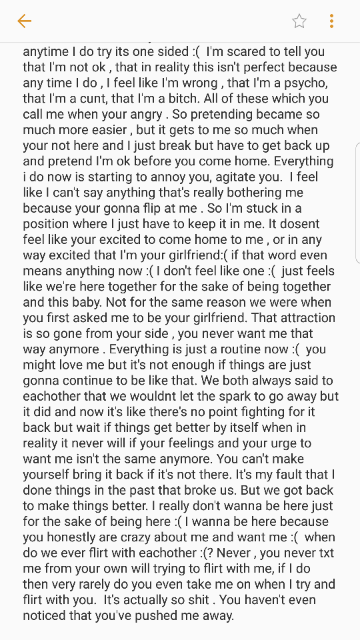 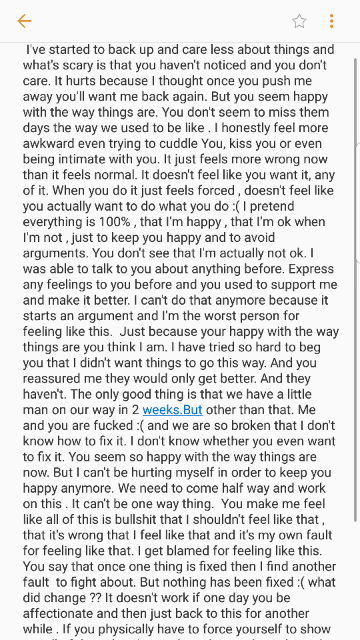 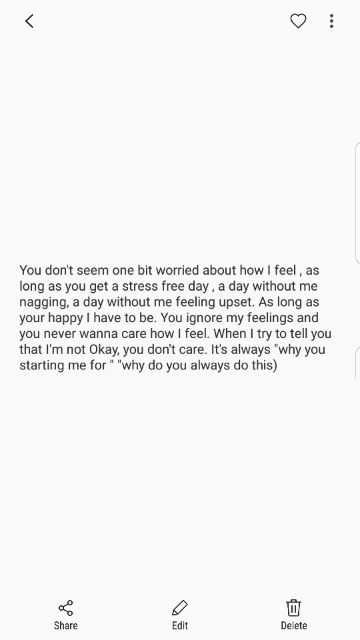 But I ended up texting him just one small thing as I knew if I texted him all of that he would actually go so angry :( 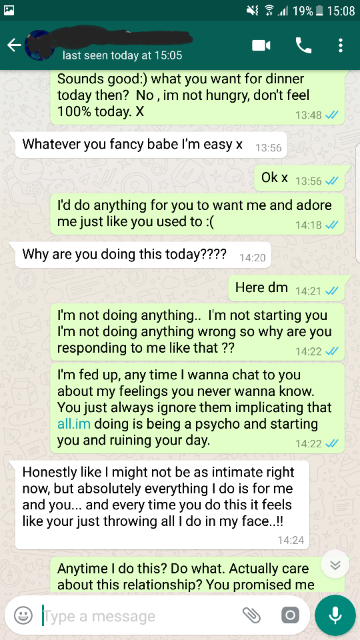 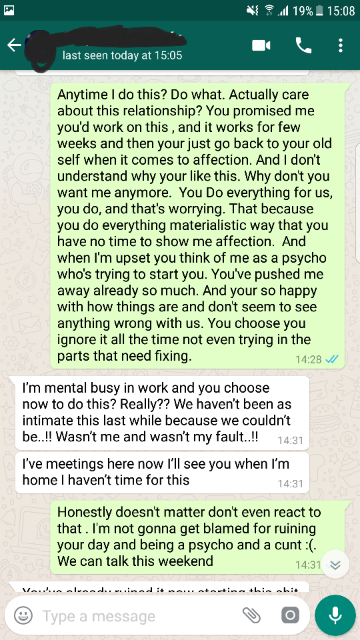 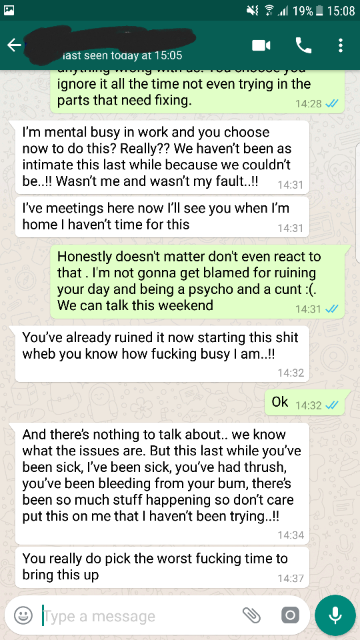 I just couldn't reply... I was fed up :( I knew this was gonna happen. I can't tell him how I feel without feeling it was wrong of me to do so.

It a starting to make me feel like the problem really is me :( am I in the wrong .

I have 0 idea on what I should do .. I'm 38 weeks pregnant and this whole pregnancy was like this :( I don't wanna leave because I adore him :( I love him so much . But I don't know what else I can do to make this work.

I tried going to counselling myself and it never worked . I tried to get him to go with me for couples counselling and he imaddietely said no. That he won't talk about issues to a stranger or to anyone else.

I just feel so ugly now it's ridiculous. I wanted to enjoy my pregnancy since all the time before my bump appeared he used to say how hot I'll look with a bump.. But in reality I feel so ugly :(

The only time I feel some how decent is when I'm glammed up like below. Other than that I just feel so fat and face full of spots, no energy at this stage and just over all absolutely useless :(