Never got round to writing this. 6 months PP but struggling with the way it went.

Before you read this, please note that very few births go the way mine did. I sometimes don’t like talking about it in case it scares other people. But, please note we all survived, and that’s the main thing.

I’ve been struggling with the way the birth went and thought it would be good to try and open up about it to see if it will help.

It was the 30th of October and I was 38w6d pregnant. I was struggling to sleep and didn’t manage to drift off until 2am. 3am I’m woken up by what I thought at first was a big kick in my belly until I realise water is starting to come out from down there. Water pours out for most of the night and I start to feel contractions by 7am. Nothing I couldn’t handle. But, then I had a pretty bad one about 10am and thought it was best to go to the hospital to get checked out.

Turns out I was 9cm dialated. I’d got to this point with no pain relief. I didn’t really find it sore as such, but it was like having really bad cramp. They thought the baby was going to come very soon but she didn’t. I ended up with an epidural and it helped immensely. I was terrified of the thought of having a needle in my back but at the time you just don’t care and you get on with it. Best decision ever to be honest.

After a couple of hours they were still confused as to what was happening. We tried pushing, but nothing. It was then discovered that my baby was facing my back and got her head lodged at a funny angle, meaning she was completely stuck in my pelvis. I ended up in theatre about 6pm and they tried the forceps. Nothing would budge her. So I had an emergency c section at about 10pm. I was calm before hand, but when they started separating the muscles in m stomach to get the baby out I started to feel it. It felt like I was being ripped apart and I started screaming uncontrollably. They launched at me with syringes or morphine and then I don’t remember much. I remember feeling very sick and people talking randomly, but that was about it.

I lost a liter of blood and it took 3 hours to complete my section. I didn’t get to see my baby until I started coming round in recovery, but I was so full of morphine I don’t remember the next couple of days. At first I just felt grateful we were both ok but over time I see Mother’s holding their babies after they are born, having them on their chests. Welcoming them into the world and seeing the love they feel. I really feel I missed out and I feel angry I didn’t get to experience it. I’m upset I had to be in so much pain and that my birth was so distressing. I think I’m more upset because I was in hospital for a week afterwards and I was so overwhelmed and so woozy with morphine that I feel like I didn’t have the best start with my daughter. It doesn’t help that she has reflux so bad that she screams when she eats. We thought being on solids would help, but it hasn’t. And she only gained 1 oz last week. Back to the hospital we go.

Picture here is some point in post op. I have very little memory of this. I only remember a couple of hours of the first 3 days after this. 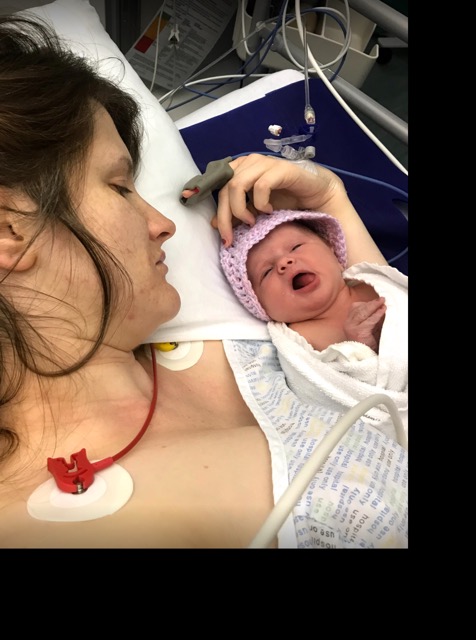 I’m trying to stay positive. I mean, who can’t be with this face? 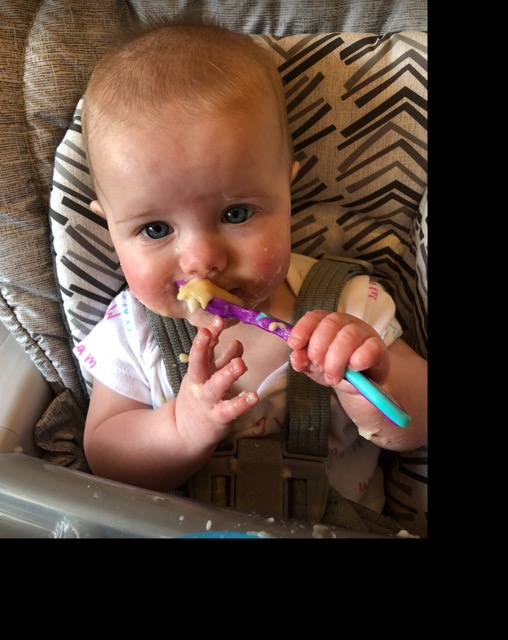 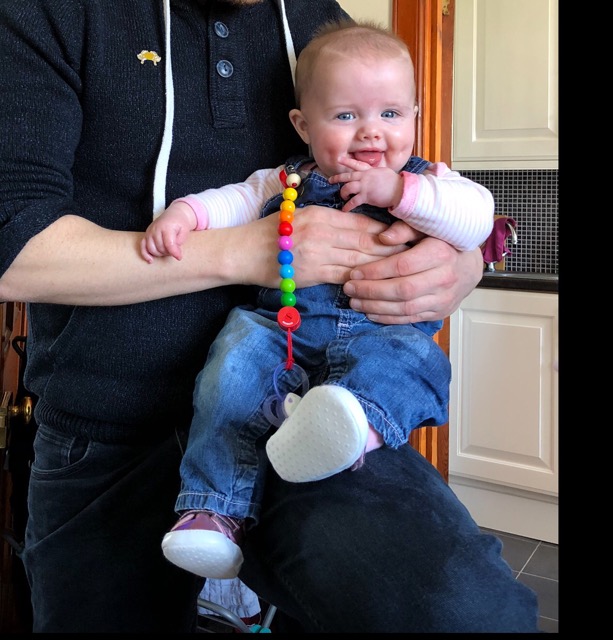 Edit: I didn’t really have a plan, other than the baby and me to be safe. I just didn’t realise what a profound effect it had on me until a couple of months later. I’m sure it will get easier to deal with in time.

And thanks for the comments. It’s all very much appreciated.