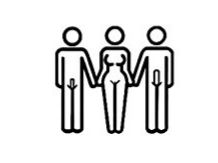 Cuckolding & Hotwives support
A place to discuss, ask advice and get positive advice on all aspects of the Cuckolding fetish.

My boyfriend and I have been doing cuckholding/hot wife since September.

It was a kinda steady “fuck another guy every couple of months” but then my sex life with my bf went down and he’d say “fuck a guy THEN I’ll come over.” Or something like that, then he wouldn’t.

He will also disappear for weeks at a time and when comes back ask if I fucked guys while he was gone.

When we do have sex it’s like he doesn’t try, he doesn’t really put effort into making me feel good or listening to what turns me on.

We havnt had sex in two months and in that time I’ve done it twice with another guy.

I only fuck when he wants me to, it’s not something I actively search for.

I feel like my BF is trying to make me actively cheat on him. It’s honestly gotta to the point where he is putting his need to see me cheat above us actually being together. He says he will stop after we marry, and that’s why he wants it so much now. But... idk if this is even normal.