Please read this and say something

So me and my boyfriend dated for almost 5 months this month would have been 6 😪 We were perfectly fine we did everything together and we were inlove he was my first actual boyfriend and was my first heart break. He made me so happy like Iv never been so happy before. He made me feel like a queen and special. But a few week before he left he broke up with me bc he didn’t want a relationship and we agreed to be friends and hang out still. But about a week or two before he was supposed to leave he said he wanted nothing to do with me and he wouldn’t even talk to me. I asked why and he said he just didn’t want to talk to me and that I didn’t do anything. And so much happened it’s been almost two months and I cry every day still. He sent me this letter and it confused me all over again. I love him so much I just want him back but I don’t think he wants me. I JUST REALLY NEED SOMEONES OPINION ON WHAT THE LETTER MEANS OR ANYTHING PLEASE! He’s coming back in 6 weeks 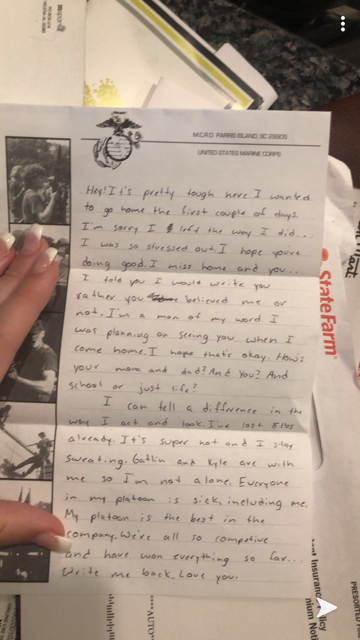