Clomid round 3 and we are pregnant! Been on progesterone suppositories since CD21 and will continue to take them until I have reached 12 weeks.

I found out we were pregnant at 9 DPO and the sticks were dark even with any time of the day urine. When I missed my period the test line was consistently darker then the control line. Yes, I took a lot of tests in disbelief because my other two pregnancies were chemicals and didn’t make it past a little over 5 weeks. However none of those pregnancy tests ever looked like these ones.

At 5 weeks I had an early u/s due to extreme pain (that ended up being a 5 cm ovarian cyst) and they saw two sacs. I’ve been panicking and stressing about them both since I heard. Worried about the cyst and everything.

Today I went in at 7 weeks 2 days and got this photo of the little ones, got to hear both their heart beats and the cysts are gone. I can’t even believe it!! ❤️🙌 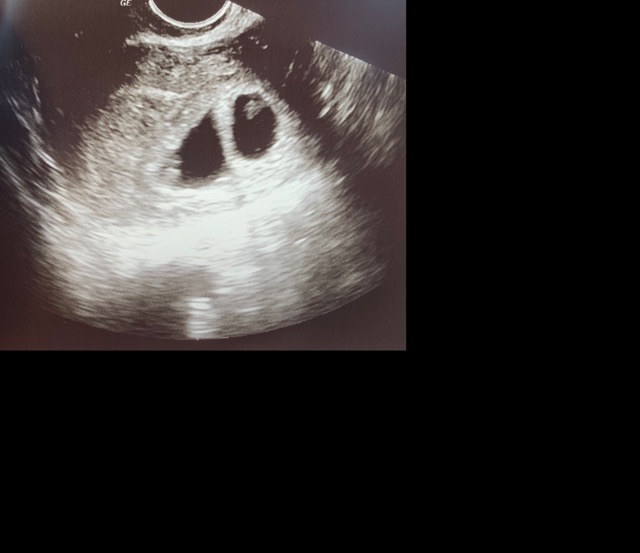