Alright guys so I’ve got some questions/ would like some input. I took these two tests attached on Thursday August 15th. First response in the morning and Clearblue digital further into the day both positive. Skip to the next morning and I was cramping up and bleeding so I went to the ER. They did internal and external sonos, saw nothing. Did bloodwork there and my levels were at 25. My last period was June 30th. In May I had AF two weeks late and then again 19 days later and nothing after. So because they don’t know what my levels were a week prior they concluded it was a miscarriage. But I had taken a few the prior week and they were all negative. They ordered me to have bloodwork 72 hours after to check my levels again. (I’ll get back to that) So Thursday I found out I was pregnant, Friday I was cramping and bleeding. But Saturday the bleeding was much lighter and less frequent, Sunday there was some but it was dark brown, Monday there was even less but still dark brown when there was, Tuesday (yesterday) it was dark brown but only on occasion when I wipe. Today there has been almost nothing except once still brown. Today I also saw my doctor and had my levels from the 72 hour mark bloodwork told to me. It’s now at 75 and they have me doing more bloodwork in 48 hours to check again and they’re aiming for 150. Could it be that my period was late like the prior one and conception happened in the midst? Or something else?? I’m so confused any input will help ease my mind! The first two tests are the day I found out and the other two are dated.

***Update again: it was ectopic, ruptured at home on 9-6-19 around 2am and had emergency surgery to remove my right fallopian tube*** 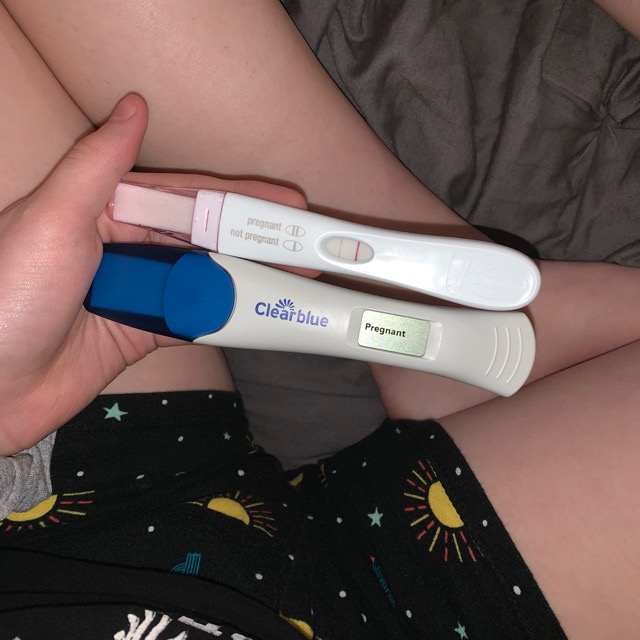 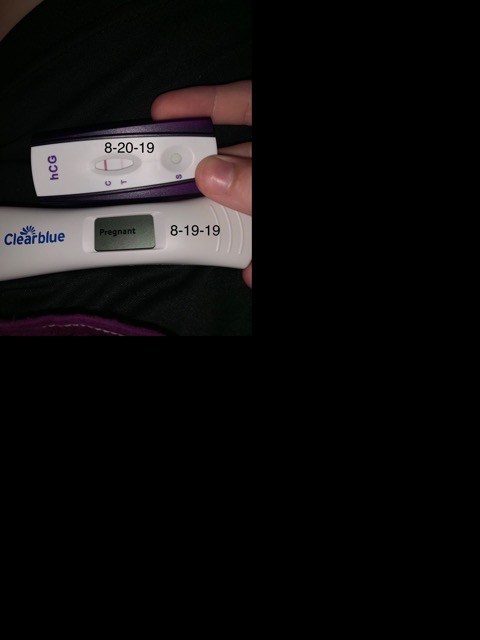