Threw the whole dad away!

Took me decades to finally express how I felt all these years. My dad was never there for me. He abandoned my family when I was five. He came back in my life six years later after my brother died. He would break promises constantly. He had a girlfriend who hated me. Her friends would tell me horrible things and my dad never stuck up for me. He would buy his girlfriend video games but nothing for me because he said i didn't deserve it. He had foster kids and would tell me how good it felt to help them with their homework, something he never did for me. They would later tell me that my dad warned them that I might be jealous of them. When I entered university, he stopped talking to me because he thought I was putting off working and called me spoiled, even though I graduated and have a career. I recently found out I have stage 4 cancer. He would not have known had my mom not called him. He called once but since it has years, I was shocked and didn't pick up. Finally, I sent this text: 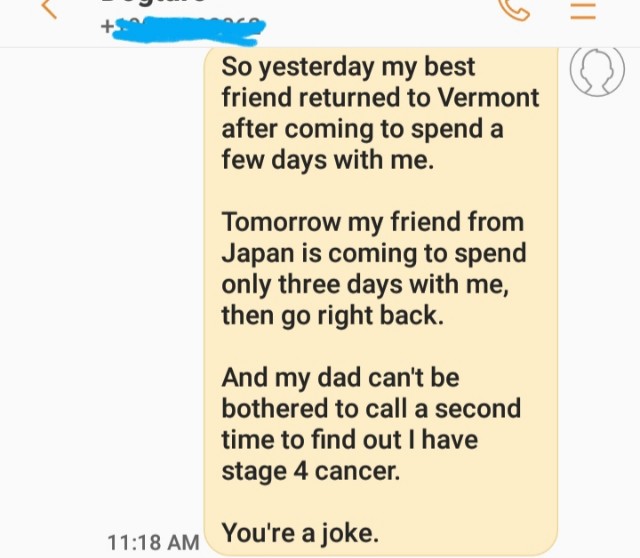 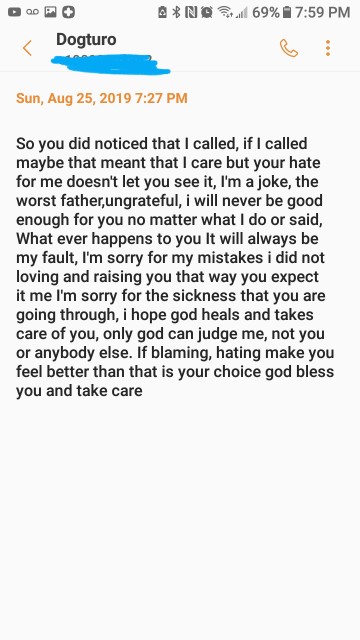 I love how sanctimonious he tries to sound, don't you? He's such a good person. Here's our final exchange: 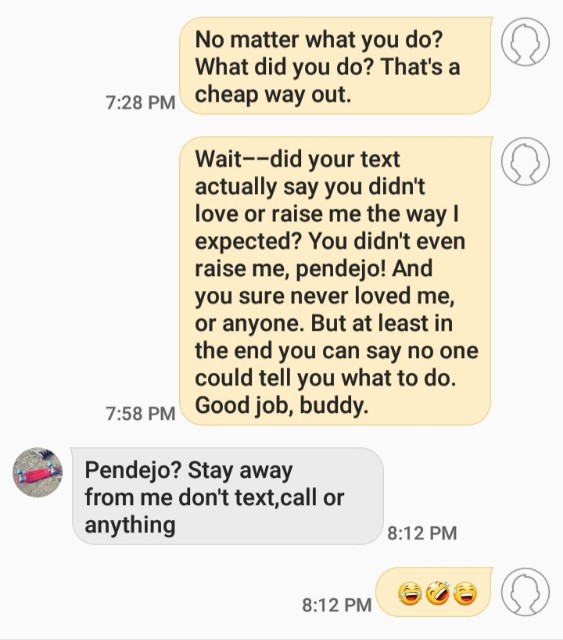 I finally got to let him know just what I think about him.