We have our baby boy!!

After a 3 days induction my little one made his way to meet us at only 38 weeks.

I was given a hormonal pastille internally which triggered extremely strong and frequent contractions that were half a minute apart and were stronger than what they should have been during the labour. The doctors tried to stop them and relax the muscles by giving me an injection before starting the hormonal drip which triggered the real contractions. Due to their disbelief of my pain i was only given paracetamol and codeine until they routinely had to check the baby’s heartbeat and found out that something went wrong and the pastille had to be taken out.

I was given an epidural which did not work and eventually after topping it up for a few hours I was given a second epidural. This time the epidural numbed only one of the sides and I developed a sepsis with high temperature and fever.

After two epidurals, gas and a few muscular injections I pushed for an hour and a half and our baby made his way out to meet us.

Despite taking raspberry leaf pills and tea every other hour since 22 weeks I ended up having second degree tear, strong internal bleeding (which ended up on the walls) and nearly had to have the doctors intervene (c section or forceps) as he was getting tired and his heart rate was dropping.

Pineapple, raspberry leaf tea and tablets do not help with inducing or preparing you for what is about to come.

I am now 3 weeks pp and still recovering of the tear, still experiencing extreme back pain, blurred vision and migraines after the epidurals and on my 5th antibiotic after the delivery. This time for mastitis for which i was told not to worry about a day before the same doctors told me that i have come too late.

The hospital is now investigating the case of my missing records. I gave up on breastfeeding after i was told to stay in the hospital and contact them every time the baby feeds and no one came.

In the end i discharged myself and came home at 3 am with our little baby bear. 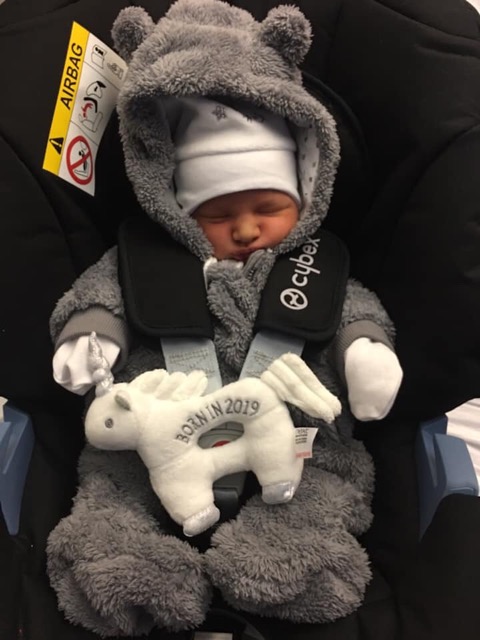