I found out 5 days ago that I was pregnant again. It still feels so surreal & I'm in disbelief that I am actually pregnant. We have 2 girls, a 2 year old & a 10 month old. We were initially planning to begin trying for #3 in the new year but following a very crazy cycle/ symptoms & being late for my period, I took a pregnancy test which was (obviously, as up until then we had been preventing) negative but it made me SO SAD. Even though I expected a negative, I did not expect to be so upset about it, so we decided why wait. We had sex without preventing ONCE which by some miracle happened to time with ovulation (which must have taken place about 4 weeks later than normal) & here we are a fortnight later! I actually took this test to prove to myself I was not pregnant so I could stop overthinking my symptoms. I am shocked, but SO EXCITED!! We're due about 2 weeks before our eldest daughters third birthday. 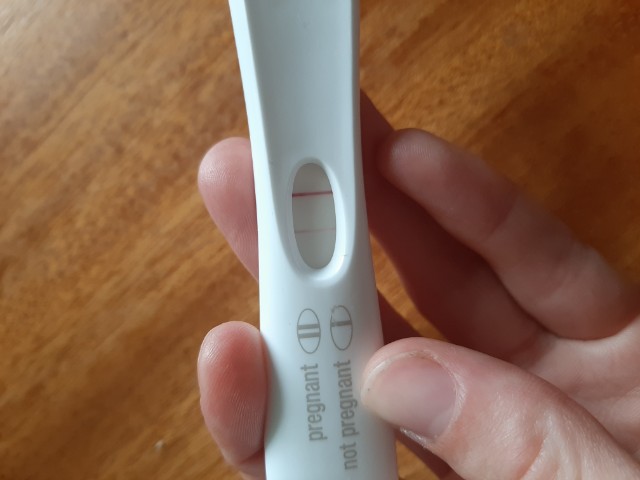