So, my boyfriend of two months (yes only 2, but feels like forever. we connected well and get along so great. bless him) anyways sometimes he often brings up his ex and it really bothers me. last night we were listening to a song that went with a Tik Tok it whatever and asked if i wanted to watch a video of him and his ex doing the dance to it. he was drunk but it still hurt my feelings. i got mad and sat with my friend and he got mad because i was mad and went down stairs. when he went downstairs i started bawling and asked my friend what was so special about her just as he came up. i wipes my tears and made it look like i wasn't crying. later that night i got alone with him and told him how i felt and he said he really loves me and doesn't want to lose me. he actually cried because he thought i was breaking up with him. this is my first 'real' relationship because i never wanted one before until i met him. he changes my whole mood and goes above and beyond for me. i just really can't get over the fact that he bring her up and shit. it really hirts me and it's something i can't get over it stop thinking about it's been in my mind since he brought it up. even though we already talked i can't let it go. i need some advice on what to do with both myself and him because i don't want to push him away but it's so easy to get mad at him because i'm not on my antidepressant and bipolar medication at the moment as well. im afraid i won't be enough for him😞 adding a picture of us because i just love this man 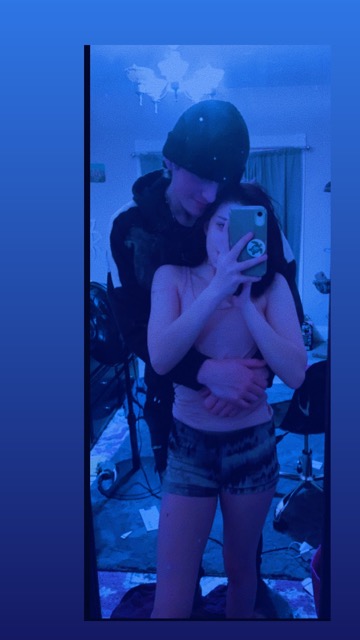