So I’ve been dating this guy for some months n he has a 7 yr old n he co parents n stuff n it doesn’t bother me or anything but last night I posted a cute gif on his page n his ex’s sister laughed at it. I was like why is she laughing at it I don’t even know her or anything n it wasn’t a funny post It just said I miss you. I asked her why she laughed n she said this. I told him to tell her something bc that was disrespectful n she even told me to go take care of my kid. I have a 1 yrs old not his. But still he said he didn’t want any problems bc that’s his sons aunt n I’m kinda hurt n mad now that he can’t even defend me n he lets her disrespect me.. 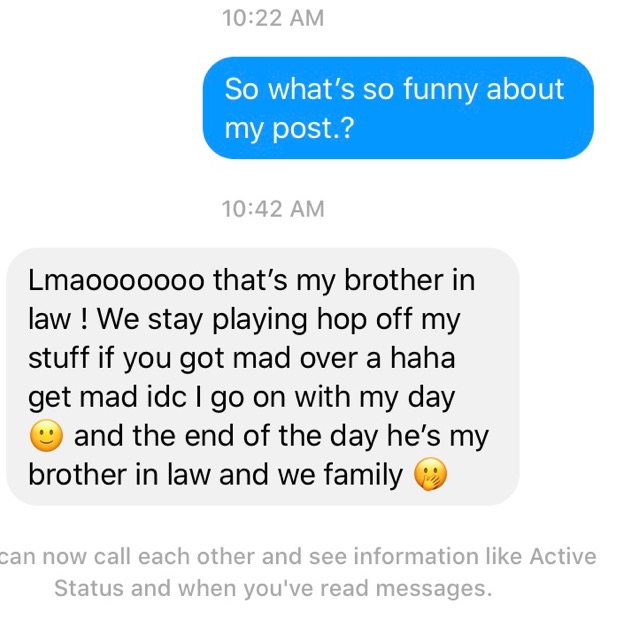 This is what he said

Now that I calmed down n stuff I do see that I should’ve just let it go but idk every time I get mad I can’t control myself n just do whatever ☹️ n I’m 18 so this is all new to me I guess they have a different relationship than me n my kids family so I gotta get used to it.. I’m trying to mature more next time I won’t let it get to me unless it’s something really serious