Abortion and healing
For women who had to have abortions or made the decision...support only!!!

I recently made the decision to abort my baby. It took me a little while to finally work up the courage to do it. But I know I already have to kids and my boyfriend doesn't understand how kids work. I started getting terrified of having to raise 3 kids on my own. I don't regret the decision but when I went in I asked to see the ultrasound and she told me she only saw one sac. I was okay. I knew the outcome. I knew it was hard but as soon as they gave me the pill. I just wanted to throw it back up. Its like the moment that you know you can't take it back. Soo I finished the other 4 pills later. It took a while before they worked. I woke up at 630 in the morning and id never seen so much blood. As it turns out I was pregnant with two babies. And I was just in so much shock. I don't regret it but I really wish I had known. I never thought twins would even be possible I wouldn't have been able to do it on my own. I was worried about one.... two would have been impossible but I just can't get over it. I know ill never get that chance again. And I didnt even know. Plus I'm curious because they both looked extremely different. One looks much farther along. Im just baffled. 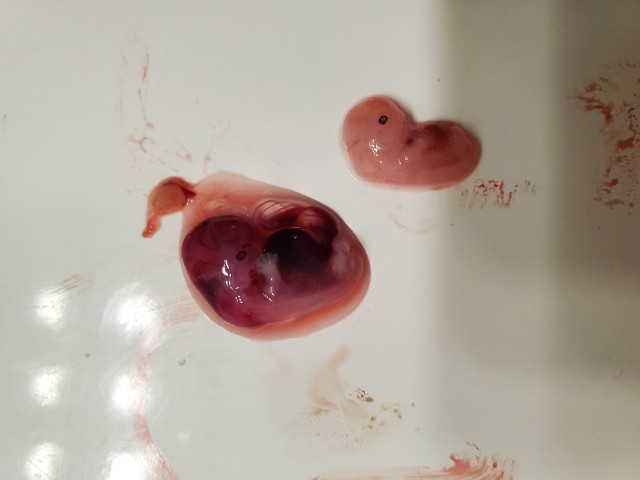