Throw those birth plans out the window!

I was originally due on May 30th, however, after a mix up at the OB, they had apparently marked my file due June 3rd. We had a very uneventful pregnancy, textbook really, until testing positive for GBS at 37 weeks, which should have just meant antibiotics during labor.

By 40 weeks my doc thought she was being proactive (thinking I was 39wks) and ordered a weight check ultrasound. The results were an estimated 10 lb baby! Not impossible to deliver naturally without medication, as planned, but they were concerned with my size and a possible prolonged labor with the present GBS, so we had to decide if a C Sec was best. By the following day, now 40+2 I reluctantly let the doctor schedule a C Section for 6/6, as I was only 1cm dialated and she wouldn't stay engaged, so labor didn't seem to be coming!

On 6/4 I began having dialation pains (sharp deep pings of pain) at 9pm. I made some minimal comment about it, while my husband continued to play a video game and I sewed more baby clothes. By 11pm, he was asleep and the pains continued to become more cramp like. I just assumed they'd subside if I could just fall asleep. This kept up until around 3am, when I noticed pink water appearing on the tissue paper when I used the restroom. Not certain whether this was from the mucus plug or water leakage, I googled! I decided I was 80% sure my water broke and with GBS I needed to go to the hospital. I woke my husband up and we got to the hospital by 4 am. They started my antibiotics and I asked to wait until 7am when my OB was available to make a decision about trying to induce a faster labor, or get an OR scheduled for a C sec. Ultimately, a different ultra sound tech did a weight analysis and got the same result. My doctor suggested that the circumstances really hadn't changed and we decided to have an OR booked, he was mostly surprised I wasn't asking for pain meds, as my contractions had been registering well into the 100s, 2 to 3 minutes apart for hours now. Lol

After 12 hours of labor, I was taken in the OR for a spinal block, which really wasn't too terrible if anyone is concerned. They laid me back on the table, arms stretched out, and got to work. My husband was brought in and nearly 15 minutes later at 9:28am, I heard my baby 's first cry! I just kept asking if that was my baby, was she born? The C section made her birth less personal than I'd imagined her birth in my mind, but the idea that she was there and the sound of her cries still brought me to tears, when the pains of the morning never had. They called out numbers, while my husband and I guessed which was her weight and whether they were counting fingers and toes! She was born 8lbs 11oz, 20.5" long. Not naturally as planned, or without labor on the 6th, as scheduled, but exactly as she chose at 40+6 weeks! I think I like 6/5 better anyway! She is perfect and we were so blessed by a safe surgery and a growing healthy babe! 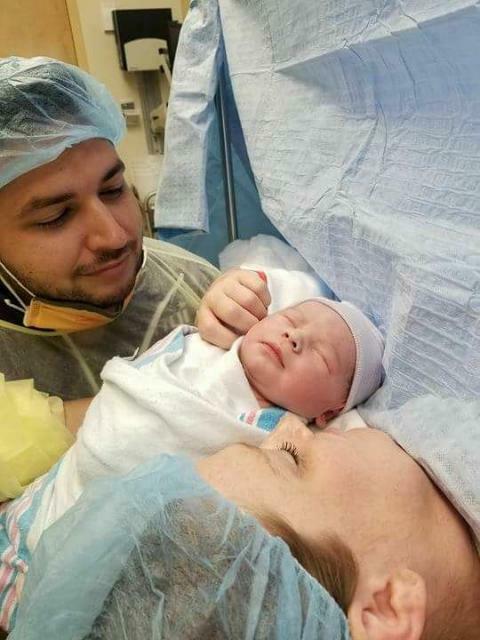 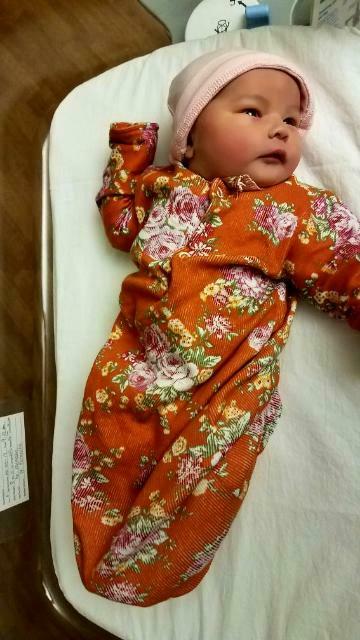 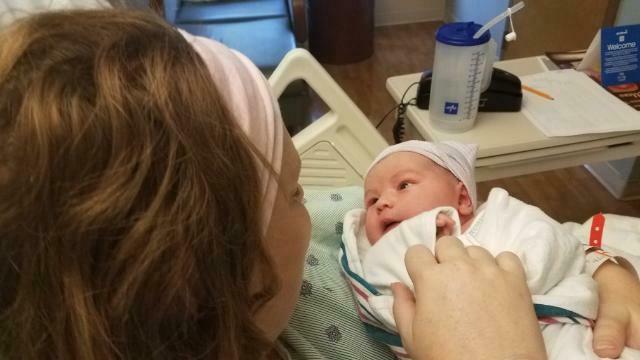 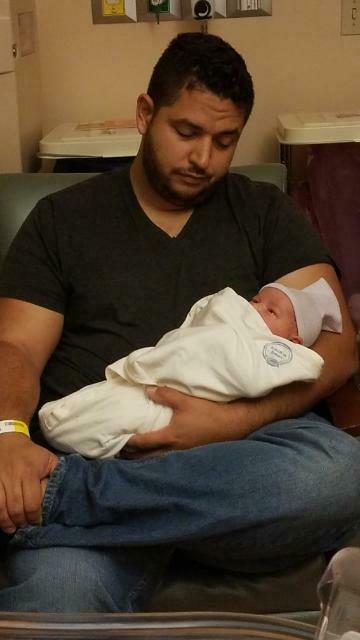