Something came out of me during period...

⚠️ ⚠️ Pictures have had to be uploaded because it’s very hard to explain ⚠️ ⚠️ I began having the contraceptive injection beginning of May and didn’t have a period that month, however I did have a bit of spotting... now this month I started bleeding really heavily yesterday morning so of course I’ve had to wear a towel... I go to change myself this morning and this ‘thing’ was on my towel? I have no clue what it is, at first I thought it was a miscarriage but can’t be as I haven’t had sex for ages and the last time I did he wore a condom and I had a period after that anyways(this was before I started the injections) I’ve taken pics just in case I need to show my doctor... whatever it is has been flushed down the toilet as it smelt really bad.... anyone help me or know what it is? 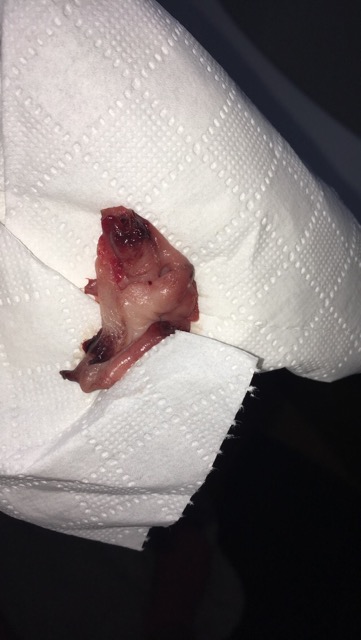 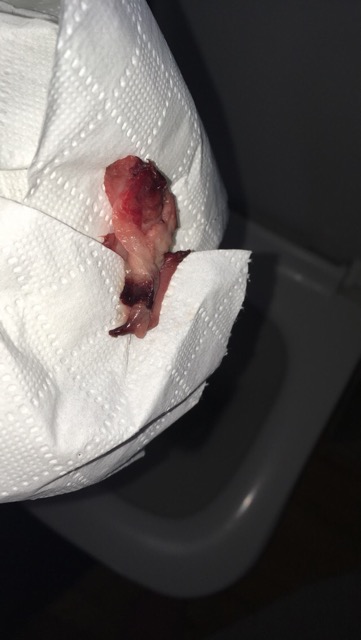 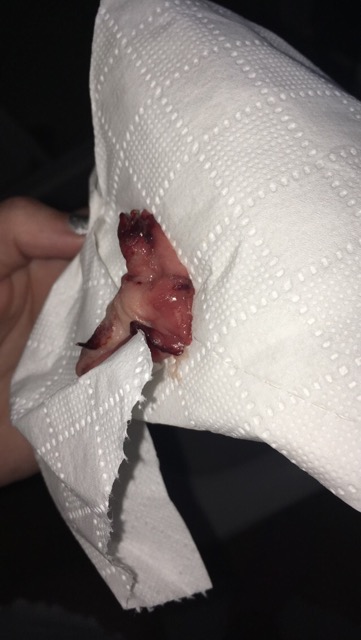