I play in hot weather and frequently have to change jerseys on quick timing or have to put it on. I play on a all girls team other than the coach who is my uncle. I usually stand on the side lines waiting to be put on shirtless. I have a sports bra on just no shirt (as in the photo... red head me) 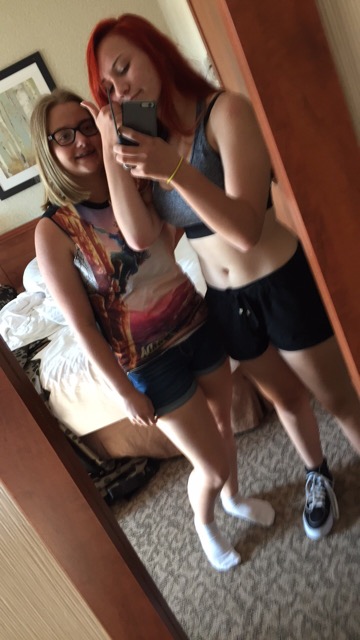 I’ve allowed him to come to my last few games but when it’s over he yells at me for standing there shirtless. I get where he’s coming from where he doesn’t like when people look at me (not that they would be) but I’m on the go go I don’t have time to be grabbing my shirt or taking it off especially when I get injured I’d rather not get blood on my shirt.

But he’s constantly yelling at me so I snapped and started yelling at him for taking his shirt off during his soccer stuff and that there’s no difference just I have boobs that are covered! He has no reason to take his shirt off

I have 3 scholarships for rugby and I don’t have the time nor the patients to be worried about my shirt.

But was I in the wrong for yelling at him???