This dude on here is back again 🙄

This is a PSA.

So back in May there were several posts of screen shots of this Particular user harassing women on this app and asking for photos and just being a creep. When I got a message in the same day all this was going on I told him to go away.

Well looks like he’s back on the app 6 months later.

If you get a message from him I recommend ignoring it. He starts out all of the messages the same way and when he doesn’t get what he wants he reacts badly.

He’s a creep. Be safe girls. 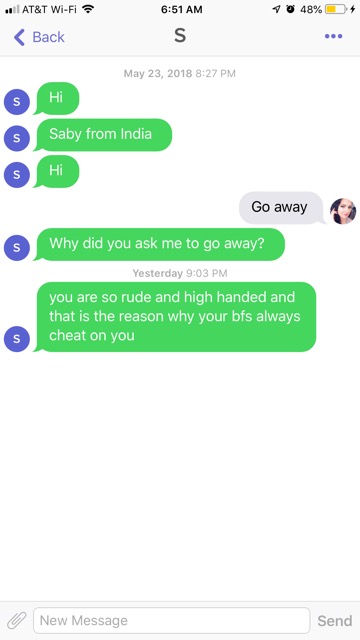