Teen Talk
TEENS ONLY! Let's chat and support each other!

He cheated and it’s messy

Okay ladies this shit hurts but here’s the tea.I and my boo have a DDlG relationship and a normal relationship.he just broken up with his ex a few weeks ago.i found out he was talking to MANY girls before dating me which he promised he doesn’t talk to anymore.todya he sent me these texts between him and his ex 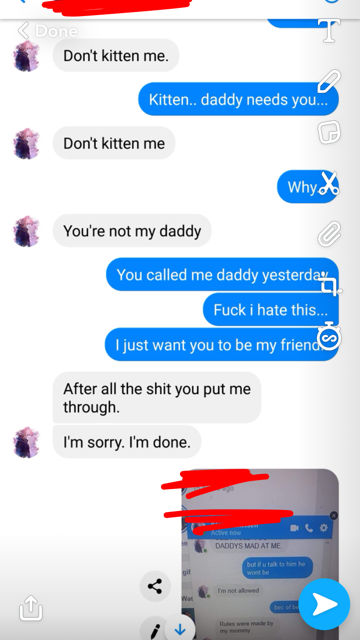