Idk what to do about this..

So I have this friend that I’ve been close with since high school. All throughout our lives ever since we graduated, she would ask me for money. It even got to the point where her mom even started asking me for money. I make a really REALLY nice amount of money and so does my significant other. Well when they would ask for money, they would always say that they are going to give it back and when it came down to it, I would NEVER get it back. If I had to guess I’d say that I’ve lent them money about 15/20 different times and never got any of it back. Literally not even joking. I’m a sweet girl so I never ever asked for any of it back because I didn’t want to come off as pushy or demanding. And one day I asked for some of the money back because I really needed it which was like $60 and long story short it turned into a HUGE issue and it hurt our friendship over it. We ended up making up and ever since then, they STILL ask me for money. There was a time when I was at her house and her mom and sister woke up to go and get her breakfast. Well I gave them a $20 and told them to get me breakfast and to put the rest of the money in the gas tank as my way of paying them back for picking me up and taking me home. well they went and got the breakfast and they came back with an entire meal with a side and drink for their daughter/sister, and all that I had was a biscuit. I didn’t have a drink or hash browns like their sister/daughter. And I felt like they went the cheap way and didn’t get me much because they wanted as much of that $20 as they could get. Fast forward to like a year and I’m STILL being asked for money. Here lately I’ve been saying no. I’ve even tried purposely telling her about the $2,500 I gave my parents and the $1,400 I just had to pay in taxes so that she could know that I am broke. And that same day she still asked for money despite the fact that I told her about the financial situations I just went through. And she also just had a baby (beautiful girl btw) and the fact that she’s still asking me for money I just feel like now that a baby is in the picture she’s definitely going to struggle with “paying” me back since she never paid me back before she had a baby. She lives with her mom, sister, and significant other. And just the other day she asked me for $15 for baby formula . And I know that I’m not positive about her financial situation but she lives with 3 other adults and you mean to tell me NONE of them had money to chip in? I spent about $400 (probably more) on her for baby stuff. I paid like $250 for a baby stroller and car seat set for her 🤦🏽‍♀️ I feel drained like I have done enough. But every time I show my face or message her it always leads to her asking for money. I love her but idek what to do now. I’m 15 weeks pregnant and still have yet to buy a car and haven’t even spent a dollar on baby stuff. It’s so annoying. I want to continue our friendship but I don’t know how to go about this! I’m thinking about just ignoring her when she asks but I don’t want there to be any tension. 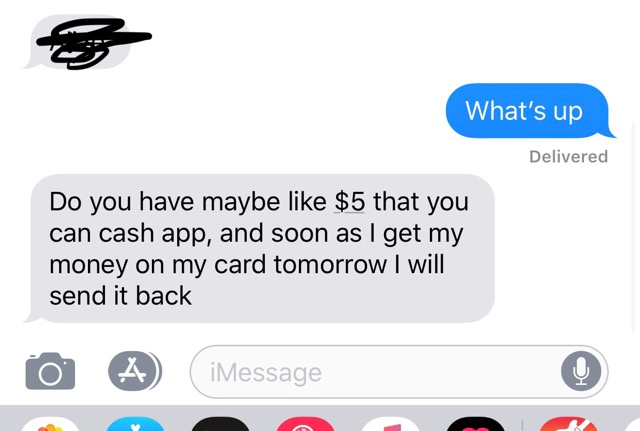 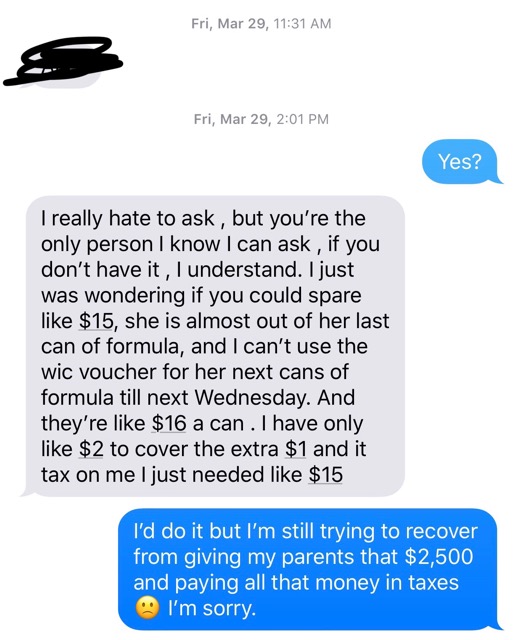