so im super embarressed about this so im posting it anonymously. when me and my husband argue no matter how small the issue he will hold me down if he gets upset. he will literally come grab me and force me down on the grown and pin me down. he has hurt me multiple times doing this. he will dip his chin into me, bend my fingers back, squeeze my arms, etc. i automatically panic when he holds me down and i freak out and try to get away. it gets to the point ill start crying and just repeat let me go. and his excuse is thats the only way i will listen to him. and he will tell me to "stop" and "calm down". i tell him i would be fine if it werent for him holding me down. so when he doesnt stop hurting me like i said i panic and fight back to try to get away by hurting him back. he will cover my mouth when i try to speak and when im crying so i bit his hand so i could breath, and like i said i was panicking and trying to get away. so he bit me on the arm hard to the point it broke skin and bruised my arm up, and i dont bruise easily. hes also bitten my shoulder before while holding me down. ill put a picture of that on here too. but last night what caused the aruguement was we were talking about when we were in school and he said everyone in his graduating class was 19 so i asked him if school started a year later there. because most in my class were 18. stupid to get upset about i know. so he decided to tell me my little sister is a slut since shes 14 and lost her virginity. i got offended because that came out of nowhere and he had no reason to say that. so i said " what the heck, thats not even what we were talking about. and thats mean" thays when he got mad and pinned me down. i have never left any marks on him when i try to get away. i must also add we have an 11 month old son together and he has another son from a previous relationship who is 2. it makes me fearful for the kids if he ever gets angry enough to do that to them. he used to never be like this. idk why he does it. today hes acting like he feels really bad about it and he has told me hes sorry. but im pretty disturbed. would this be enough for me to get full custody of my child.... i dont want him to get any kind of joint custody for fear of if he got angry with him. ill put the photos below. 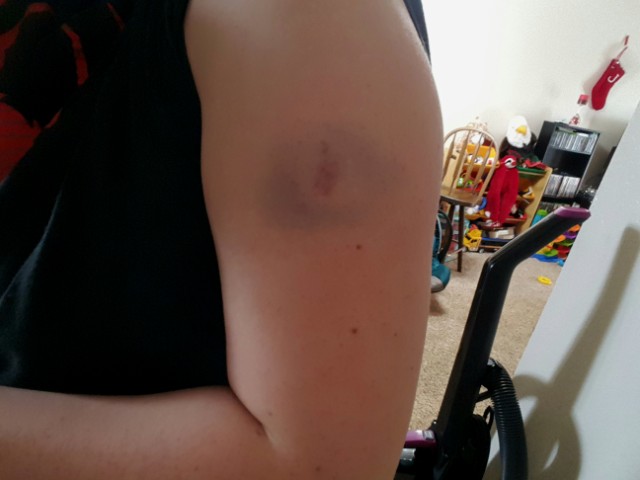 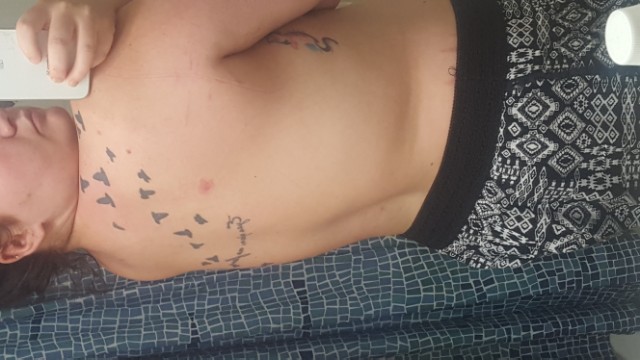