I can't lie, my heart is frolicking happily in my chest right now.. but also quietly weeping. I KNOW there will be plenty more snuggles ahead, but the fact that he doesn't need me to sleep anymore is so powerfully bittersweet. I've put off "sleep training" because the couple of times I've tried I was so discouraged, felt like I was neglecting Luke, and just alll around felt guilty and shitty about it. With no support to reassure me why I was doing it, I caved every time I tried with a "'next time I'll try harder, surely no human can be more stubborn than I." (He is, I'm sure of it, I created the most stubborn human ever.) Fast forward 5 months later lol. Lately bed sharing has become a problem since he is so mobile and wanting to sleep alone where before he would snuggle up close, I fear he's going to hurt himself and I won't have those badass mom reflexes that I do in the day-in my sleepiest state. So I set up to try it this weekend, called in Tay for backup on-call support if I needed it and committed, told myself three days, if in three days there is no improvement then he's not ready. Well, it's night one, he half complained for MAYBE two minutes, and fell asleep. Quietly. Without help. Without a boob. Without me. I am so happy that I waited until he was developmentally ready for this, it makes it easier on us both and I am so grateful. But damn is it bittersweet. We shall see how this continues.. it might only be a few minutes or might be the new norm lol

He woke around 2am and I absentmindedly picked him up to nurse him, which I wasn't intending on doing since I know he is ready to sleep through the night without a feed. So I feel that that really messed us up, after that he was up every 20/30 mins like he couldn't sleep through transition. He took a solid nap while I worked from 6-830 tho. 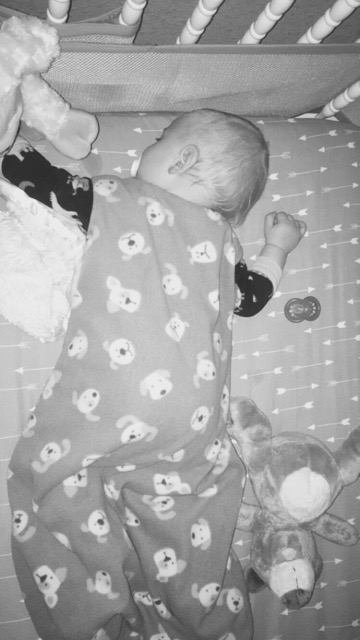 He took about an hour to settle, but today's naps were rough and we only got one two hour nap so he's a bit overtired, tried an earlier bed time to adjust. Well he fell asleep nursing (which I started doing at the beginning of our routine) so I feel that that little falling asleep then waking again kind of messed with us. Just about when I was at my wits end about to give up Because he just wanted to play, i grabbed my bottle of sleepyize essential oil blend and rubbed it behind his ears and right on the back of his neck, he almost fell asleep standing with his head in my hands! Here's praying the night continues well 🙏🏼 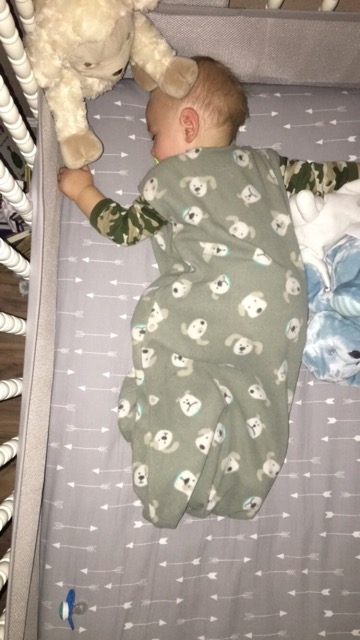