Found this on my underwear. Please help! 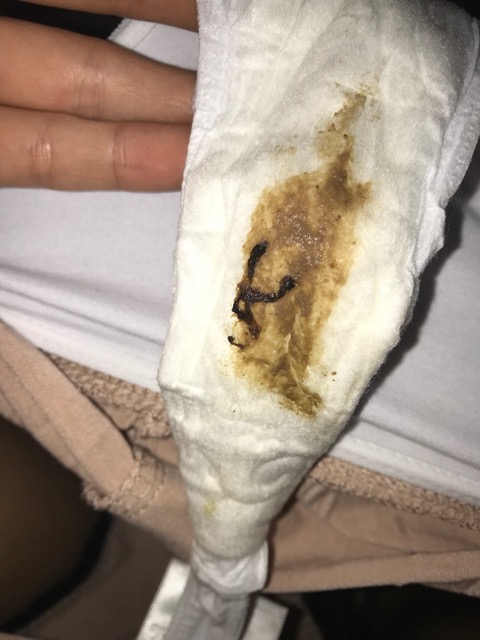 Ladies if you have any ideas please help me. I went off the pill 2 months ago because of terrible side effects. I was bleeding for a couple of days after I stopped it but it wasn’t my period. So I’ve been waiting and waiting until I finally got it a month and a half later which was on December 21-25.. I’ve had unprotected sex on days 6,7,8,9 and 12 during my cycle but he’s an expert on pulling out and only finished on day 9 out of all the days we had sex.. anyways, supposedly right now it’s my fertile window according to my 32 days cycle before I started the pill, but apparently it changes your cycle entirely. Today I felt something come out of my vagina and when I checked in the bathroom later on I saw this.. does anyone know what this is? I’ve getting sickly worried because I’ve never gotten this ever before