On the 6th September 2016 I found out I was pregnant but 4 days after finding out I started having strong cramps and brown bleeding and went to the early pregnancy unit where they confirmed that I was miscarrying then I bled out as a period. Then I found out on the 19 March 2018 that I was pregnant again after trying for what seemed like forever I tried not to get my hopes up too much but I couldn’t help but get excited. But last night I started bleeding bright red blood and all day today it hasn’t stopped. I had a few cramps earlier but not as intense as last time and lost some tissue this morning - sorry for the picture.

The bleeding has almost stopped now. There’s just a bit of spotting when I wipe after I’ve been to the toilet. 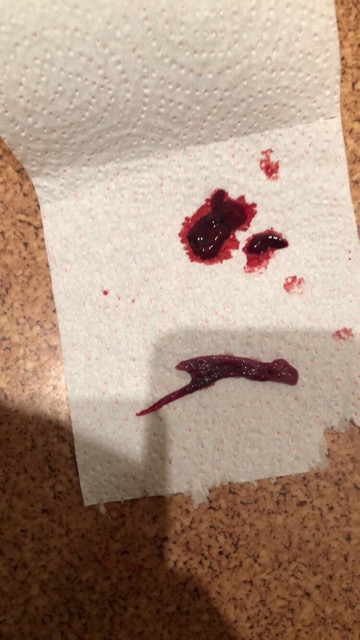 I’ve had another loss of tissue this afternoon too - The doctor took a urine pregnancy test today and it doesn’t look as dark as the one I took a week ago where I would have expected it to get a whole lot darker - the first picture is my test from a week ago the second is the one from the doctors today. 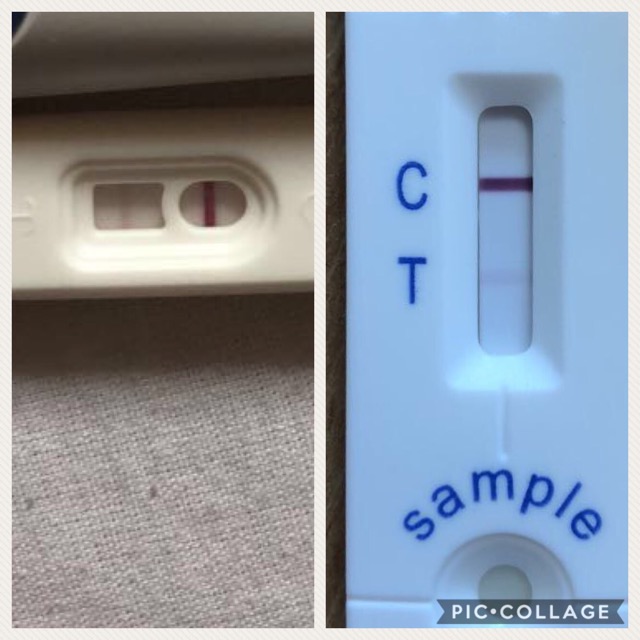 I had some bloods taken today but won’t get the results while morning. But I’m pretty much convinced that I’ve miscarried again.

I just don’t get it, previous to these miscarriages I’ve had two children. My first was a straight forward pregnancy and my second was a bit more complicated I had a placenta previa and bled quite a lot but not until late on and that’s because of the positioning of the placenta. How can I have two normal(ish) pregnancies to not be able to carry past the first few weeks?

I phoned the doctors on Wednesday for my results but they told me to ring back Thursday. So I phoned on Thursday they said the results were back and the doctor wanted to see me. When I got to the doctors he told me my hcg Level was 51. And sent me to the early pregnancy unit at the hospital. I had some more bloods taken there and saw the doctor they said that my levels had dropped to 29 but because it wasn’t more than a 50% drop id have to go back on Saturday for some more blood taken incase it was just a dip and it was going back up. So I went on Saturday and the levels had dropped to 14. So unfortunately I’ve definitely miscarried again. I have to take a pregnancy test in three weeks time and phone them with the results.