HELP!!!! IM DESPERATE AND DONT KNOW WHAT TO DO

Hey everyone! I’m devastated, it’s 3am and I can’t think at all... so here if is what just happened, I just went to spend a couple hours with my boyfriend for the night, since we both work early in the morning, his place is really far from my work so I normally don’t spend the night there, anyways, I was kinda horny, I showed him I was and he was being very distant and didn’t seem into it, even though he was “making jokes” about me not touching him and this and that, eventually he fell asleep, I have sleeping issues and always struggled with it... and tonight, for some reason I decided to snoop around on his phone, yeah, bad idea, tell me about it. Found some messages with some random number, calling whoever it was “babe” and how “I miss sucking you” and how the other person misses him “licking my asspussy and sucking my cock and swallowing my cum”... I’m honestly in shock, he went to see his siblings in a different town yesterday and I went to pick up a friend at the airport in another city and didn’t get home til 2am, he got home around 1am... we talked up til 2 something and I went to bed, the messages to this other person started around 1... around 2 something he said he was coming over.. around 2:30 he got there, about 17 minutes later he left and sent another txt saying “how come you didn’t suck me?” Which “she” replied “I didn’t feel like sucking, just getting sucked”.

I left his place so fast, just said txt me tomorrow, he woke up kinda confused and just said I love you and “txt you in the morning”. I’m devastated, I pulled up a block away from his place and puked everything I had in me and more, I feel so sick and gross, and humiliated. I don’t know what to do and how to even confront him about this, I have lots of gay friends and no one ever thought of him being gay or bi, I didn’t even think, never crossed my mind... I need advice, opinions, anything I can get, I’m so hurt and confused, he’s my best friend. 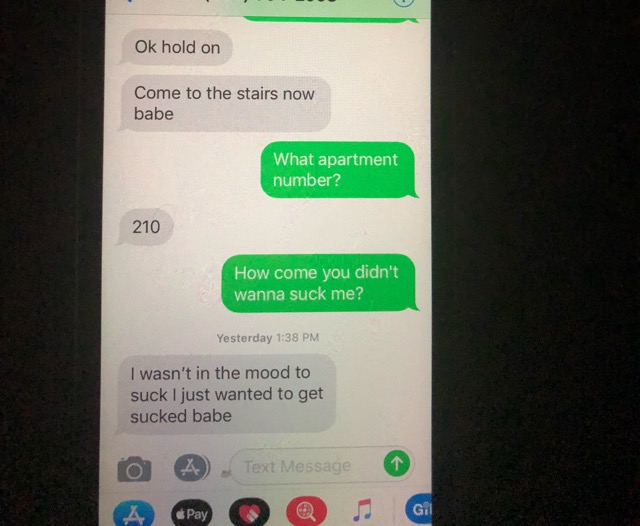