My husband & I have been married 13yrs. We tried for 10yrs with no luck, no miscarriages or anything like that, just my cycles were very irregular due to PCOS. I had Gastric Bypass surgery done in July of 2016, they said I had to be on BC for 1 year following surgery. I did as they asked, pill everyday with a 100 other vitamins daily for 13 months in all. So I stopped taking the BC in late August of 2017. I waited & AF showed end of September, I thought good... now we got a base line, something we can chart off of. So end of October was approaching, we hadn't really "tried" bc I was trying to figure out my cycle. Guess what... BFP on Oct. 26th 2017, I gave birth to my son, Tate James Rimer on June 21, 2018.

I'm from a big family, I'm the oldest of 5 girls. I knew I wanted my son, God willing, to have a sibling. Well I exclusively BF him until he was 11 months old. He turned 1 on June 21 2019. Everyone at his party kept asking me what's wrong, I was sick, I was irratible, I was tired. I just blamed it on the fact that his birthday wasn't going as planned due to DH's family & the cake decorator but that's a whole nother story. Well I was expecting to start any day... I quit BF, I was cramping, all the symptoms. Nope, nothing. Well it continued, nothing everyday but i felt so sick. By Friday June 28th i was getting curious, so i decided I'm gonna test, if its negative no big deal, u weren't even trying. Well let's just say i never started bc BABY #2 is due Febuary 29th, 2020.

My husband & I tried so hard for 10 years, every month another disappointment. Having the bariatric surgery (Roux-N-Y) really changed my life. I no longer suffer from PCOS, no longer have fertility issues clearly, I feel great, and just truly couldn't be more blessed. GOD IS SO GOOD!!! 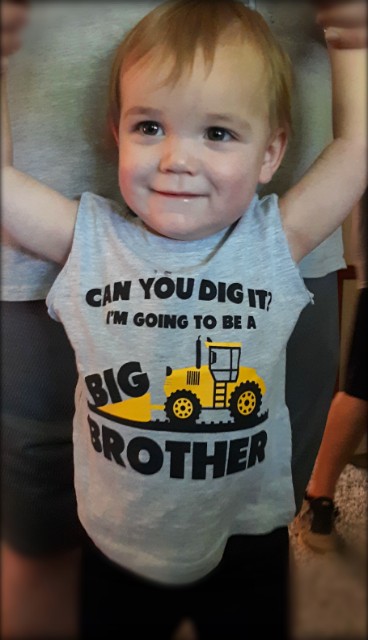