So, I’m at the point where I don’t know what to do.. Tonight there is a party that all of my friends are going to. My boyfriend isn’t the party type at all. He doesn’t do much but work, sleep, repeat. Everyday. I’m the opposite of him and I like going out with my friends and having fun. I’ve asked him multiple times to come with me to one but he just refuses.

He’s 18, I’m 16. I don’t drink, smoke, or do any type of drugs. I’m just there to hang out with friends, dance to some music, etc. I would never do anything to jeopardize our relationship. But here are our text messages from earlier today. 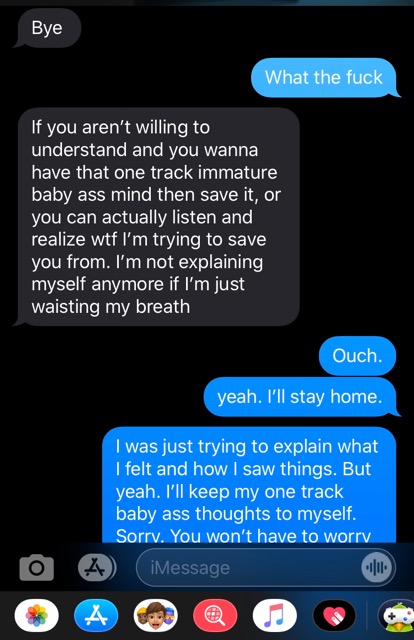 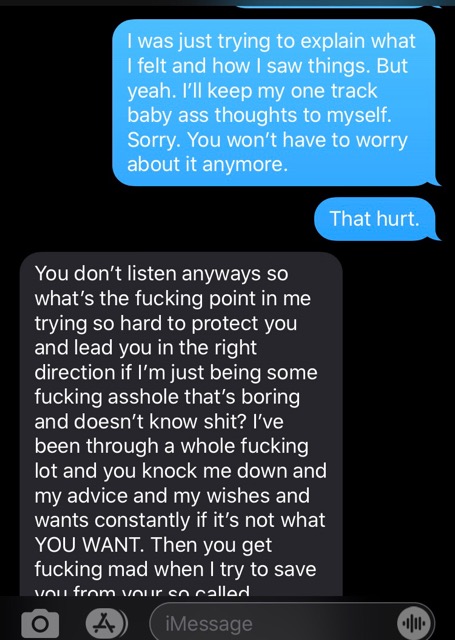 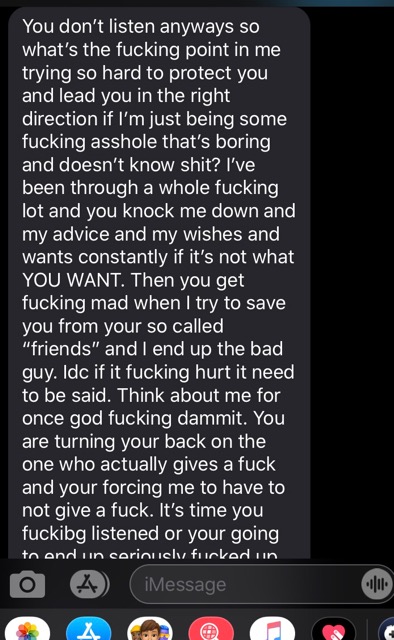 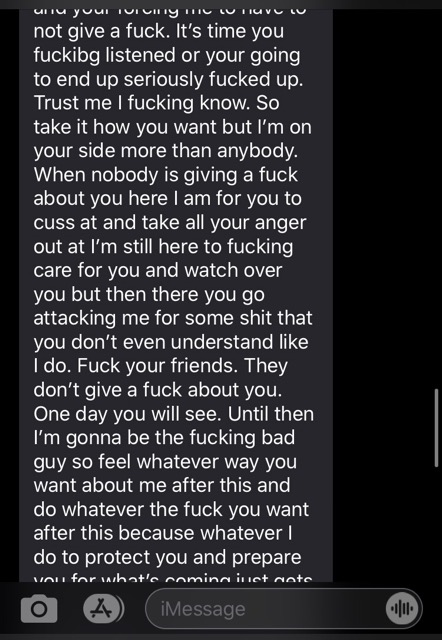 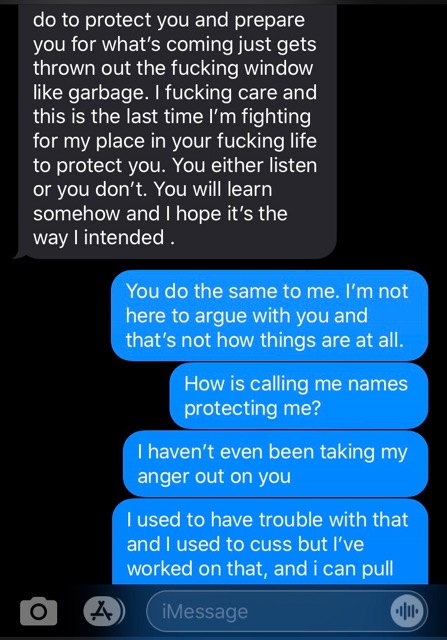 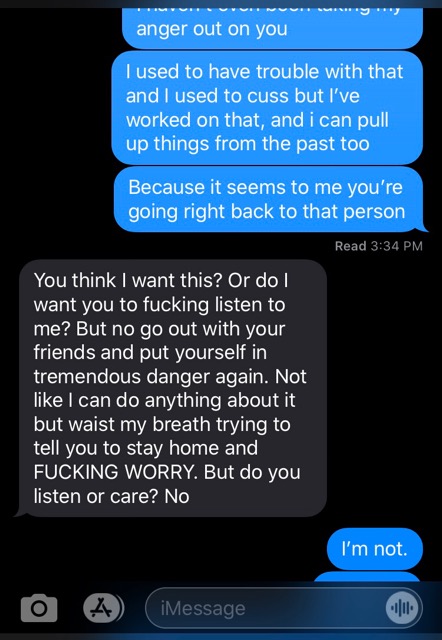 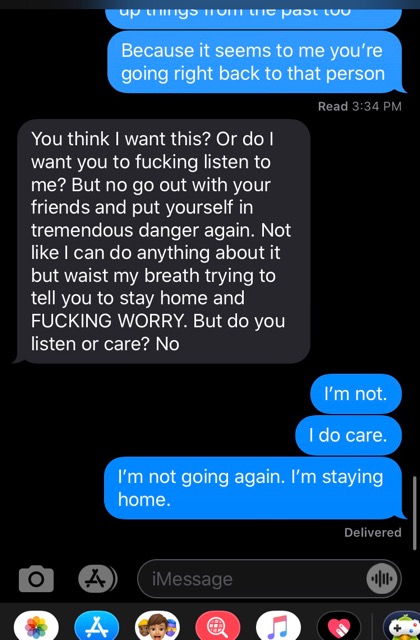 Before the messages I was telling him that I was still young, and these are the things that I like to do. Just like how he enjoys staying home and not really doing anything. When he mentions my friends, he’s talking about how last week my friends were going out, and the person who was going to be driving them was drinking and smoking.

I ended up calling my mom and having her pick me up because it wouldn’t have been a smart choice to get into the car. That’s what he’s talking about when he’s saying that they’re putting me in bad situations. I talked to the friends about it and they apologized and said it wouldn’t happen again.

What I’m asking for is some help, and advice for what to do. Or say.. I love him a lot and I know that he loves me. We’ve been together for almost a year now.