I been with my boyfriend for about 2 years now. In his past relationship he was blessed with 2 beautiful daughters. The mother moved to a different country during the breakup (Thank God we don’t live far from the border line of Mexico & US). My BF will drive every other day just to see his daughters. Every time he will go she will create drama and make it difficult for him to leave. She will stand in front or in back of the car so he wouldn’t leave (My BF will call her mom to come and get her most of the time). Sometimes she will wait and see when my BF and his daughters were minding their own business and start asking him questions about his personal life and since he wouldn’t pay attention to her she will start to physical attack him. On Aug 2018, we receive a call from a detention facility (Usually you know who’s calling because he or she say their name but we didn’t hear a name). It was her. She was detained for drug trafficking. Her mother had the children while she attempted to cross drugs across the US border. My BF and I quickly reacted and went down to get his daughters. Once we got there her mother called the police and said the mother had left the kids with her. The police said we weren’t able to take his daughters unless we had a document stating my BF had custody. The next day we go to court and file for custody (of course we are assigned court in December). In the meantime we are visiting them as much as we can. In December he was granted full sole legal and physical custody. She obviously was aware of the court because I served her in jail. I’m pretty sure she informed her mother because when we went to get his girls they had moved to a different location. We made a report in Mexico but no success. One day we get a message from one of the aunts that she was taking the girls to the doctors in the US because they weren’t feeling good. So my BF asks her to let him know what hospital and what time she’ll be arriving. The aunt informs him so my BF heads to the hospital. When his daughters are being discharged he tells the aunt he will be taking his daughters to his home. The aunt calls the police and of course my BF provides proof of his custody and let’s him take his daughters. The mother was released on Nov 2019 to a rehab program. The first day they let her out she showed up to our home and tries to take his daughters away. We call the police and before they arrived she left. She came 3 more times after the incident and each time was a mess.

I am no one to judge but if you claim to want your children back in your life you are not going to come and visit them with a bottle of alcohol on your hand and sitting on the neighbors lap while smoking a cigarette when your daughters are trying to show you their toys. You been away from your daughters way too long don’t you miss them?

Anyways, the last Sunday she came she didn’t return to her rehab. She ran away to Mexico. She called us the next day saying she wasn’t going to come back because now she was a fugitive. If she comes back she will go back to prison. She will call every day to speak to the girls but from my point of view she just did it to bug us. She wouldn’t ask them how they felt or how school went. She kept asking about my BF. Well we got fed up of her so we told her we’ll call her when the girls asked about her. The oldest, Angel, doesn’t want to talk to her & we obviously don’t make her. However, the little one, Jazlin, adores her mother. When she talks to Jazlin she brain washes her by telling her my BF is keeping her away which is not true. She is allowed to come and see them but under the conditions of my BF. She doesn’t come because she doesn’t want to go to prison and we are not taking them to Mexico because we are not aware of what she is capable of doing. 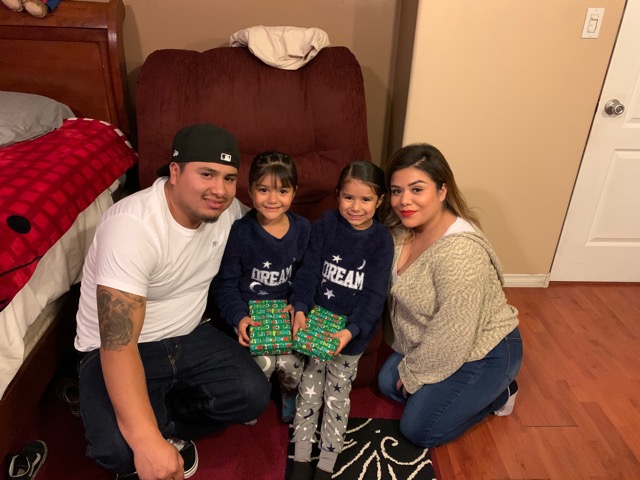