So to make a long story short.. my 2yr old son is being hospitalized. I took him the ER Sunday afternoon after noticing that he was getting worse, the day before we had already been in the ER where they did an X-ray and said he had early pneumonia. So back to Sunday he is out of it when we get to the ER not wanting to wake up.. so I panic I’m full crying and shaking they get him started on an IV because he won’t drink or eat so he needs fluids, his oxygen level starts going down so now my son is having to wear an oxygen mask 💔 fast forward a few hours he still isn’t doing good doctor comes in and starts talking about transferring him to a children’s hospital where he can get the right care he needs.. before all that he had a nurse in the room giving 3 different breathing treatments telling me not to worry that she is “only” giving him the amount he needs 😡 but turns out she was not! She overdosed my poor baby and while in the ambulance being transferred he starts to stop breathing and everyone in the back is freaking out and yelling, my husband starts is panicking, they go to the closest hospital to life flighted him, because he was going into cardiac arrest 🥺😭💔 my husband thought we lost our boy had 15 doctors in one room just standing over my baby while I’m not there because only of us could go on the ride I let my husband go because we have a newborn who is breastfeed. But I’m at the children’s hospital wondering what’s taking so long I start call my husband he ain’t answering right then I knew something was not right! I break down my baby shouldn’t be going through any of this, he was sent straight to the ICU was on 6ml of oxygen.. and we are still currently in the hospital just took him off of his oxygen to see how he does it’s still low at 93-94 when it should be 97-100. 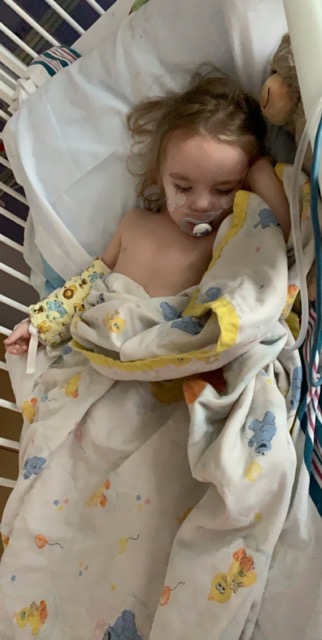 Update: my son oxygen levels went up we were discharged yesterday evening. He is breathing good now, still has a nasty cough, doctor told me to come back if his fever returns or if he is having trouble breathing again. I’ve also talked to a lawyer and he is wanting to take my case, so now we’re in the process of getting all the paper work in order. Thank you to everyone that sent prayers ❤️ now I’m just praying that my baby continues to recover and that nurse that hurt my boy gets stripped of her medical license. I was living in my worst nightmare for the past 5 days and that is something I wouldn’t wish on my worst enemy, I pray nobody will ever have to experience what my son my husband and I went through.. I hope everyone has a blessed day 🙏💗