I am writing this story a little late. My son is already 2 months but I wanted to share my birthing experience especially for those FTM's out there up late looking up videos and stories getting ready for the big day.

So it all started on Friday September 13th. I had my weekly Non-stress test where it showed I had a low AFI. So they said I would have to come back Saturday the 14th for another non-stress test and biophysical profile ultrasound. If my AFI, anmiotic fluid levels, had not risen then I would need to be induced. Fortunately, I did not need to be induced on Saturday but because I was struggling with low AFI, the drs decided that if I did not go into labor naturally they would induce me on Tuesday September 17th. That is when I would hit 39 weeks.

So the party began Sunday September 15th. First thing in the morning, around 6 am. I was getting these cramp like pains and they were coming in waves. I tried sleeping through them but they were uncomfortable because they were in my back. So laying down just made me more uncomfortable. I labored all day at home. Sitting in a hot shower & baths, sitting on a birthing ball and walking around the house and yard was nice.

It was a little after 1 am when I just could not take it any longer and I had to go to the hospital. We got to our Labor & delivery office and they checked to see how dilated I was. I was 90% effaced & 3, almost 4, centimeters dilated. So the nurse told me to walk around and come back in 30 minutes to see if I got to 4cm to be admitted.

I returned after walking around the labor suites with my mom and boyfriend for 30 minutes. At this point it was 2am and I was admitted. I went in with a clear plan that I did not want any epidural and I stuck to that for as long as I could. In labor & delivery I sat on my birthing ball and walked around. After a few hours, my contractions had stalled so they decided it was time to pop my water to get them going again. Now, my dr was kind of new so he thought he "popped" it. My contractions were all in my back so it made laying down or sitting extremely uncomfortable/painful and after being up for over 24hrs, I was exhausted. I asked the nurse if I could sit in the tub for a while. That only worked for a little so I got out.

My nurse checked to see how I've progressed since the "popping" of my bag and I hadn't gone far also my contractions were not consistent. They would fluctuate around 6 minutes to 10 minutes apart. So we decided it was time for the pitocin to get contractions rolling again. At this point I was really bummed because I really didnt want the pitocin.

My nurse kept asking if I felt any fluid coming out, which I didn't, so she was questioning if he really popped my bag. But they were also not too sure since I was having trouble with low AFI as well. Our nurse was awesome though, she had the dr check again where he discovered that my water was still intact. So he popped it for real this time. By this time, it was around noon and all at the same time, the pitocin starting hitting as well as the popping of my bag. My contractions at this point were unbearable!

I wanted to hold out on the epidural so I got the morphine shot which did not take the pain away but made me relax a little in between contractions... then the contractions seem to never stop. They were literally hitting me every 1 to 2 minutes and it was so painful in my back. It felt like my back & hips were being crushed everytime I got a contraction and no position seem to help ease the pain at all. And breathing through the contractions at this point was becoming impossible.

So I caved for the epidural 😕

I was so bummed because I was 7 cm about to be 8 when I caved but looking back, I am glad I did get it because once i got it, i was able to sleep for a few hours. After about 3 hours, the nurse checked me and I was 10 cm! Shit was getting real haha

She had me do a few practice pushes and noticed at that point my sons head was pretty far down and had to push for real now. I pushed for about 30 min and at 6:33 pm on Monday September 16th my baby boy was born. 6lbs 11oz 19.75in and all that pain was completely gone. I had my beautiful baby boy & the new love of my life. ❤ 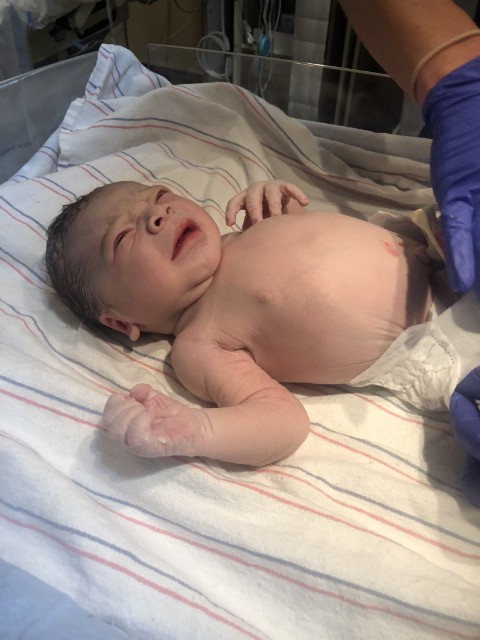 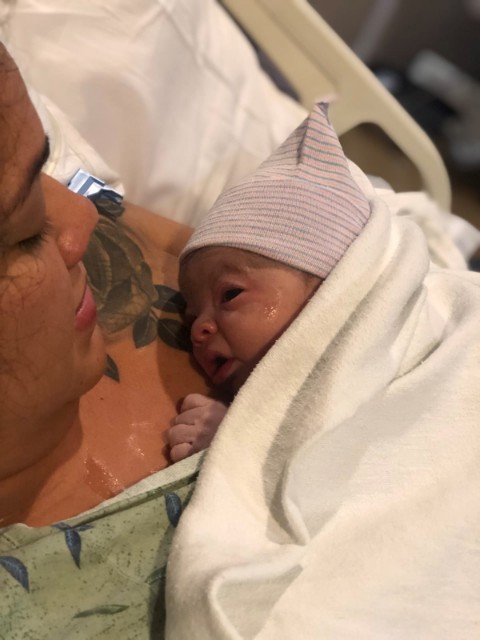 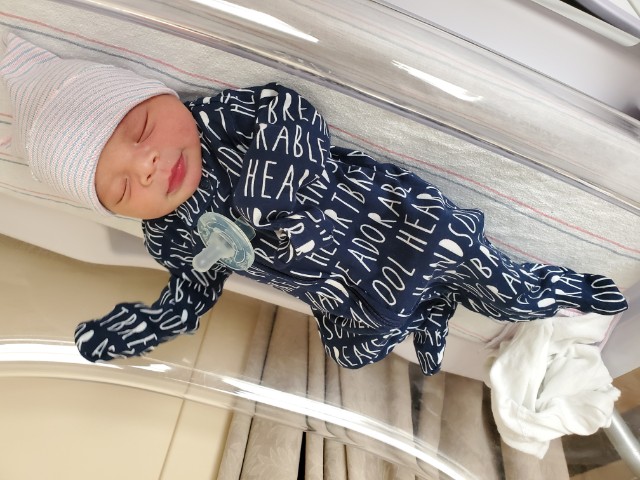