I finally pull the rug under the guy I have been dating for almost a year. He went MIA on me for an entire month, no explanation no nothing and texted me out of the blue like nothing ever happen without even an apology or explanation. Like we never even stopped talking. Aside from that he was becoming very distant with me and inconsistent. 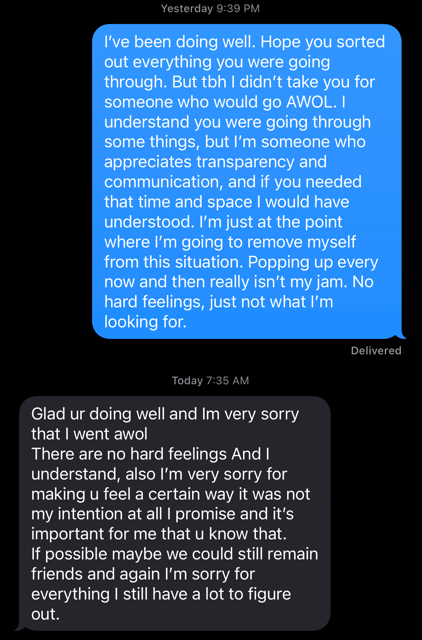 What hurts the most is the apology to me isn’t even sincere. It’s a bullshit excuse /apology. It’s obviously all about his feelings ONLY. took no ownership of nothing just said “sorry”….