So I have been tracking my temperature, tracking my CM, looking for any symptoms, haven’t had sore breasts, nothing so kind of wrote this month off ready to go again next cycle. But my OH decided that tonight we would go out for some food and drinks. I thought it sounded great. I haven’t been drinking while we have been TTC so I thought I’m gonna have a few tonight and have a nice night. I had a few one step pregnant strip tests left and a early response test left from last cycle but as I ordered some more for next month I thought “I’ll try one of those one step ones”. I did one and I was staring at it looking for a second line. I thought I could see a faint line... but I also convince myself I can see lines when it’s very clearly negative! So I wasn’t

I was just going to leave it and I thought “ NOPE... I’m going again with the early response”

The line is clearly there... but it’s not the same colour and is a little fainter at one end. I am 11DPO today. 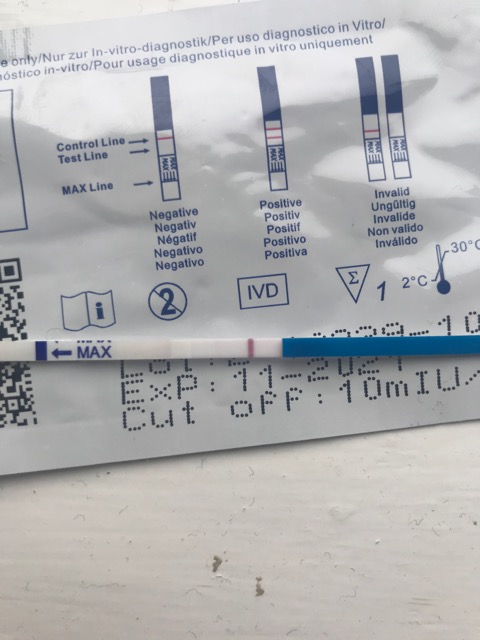 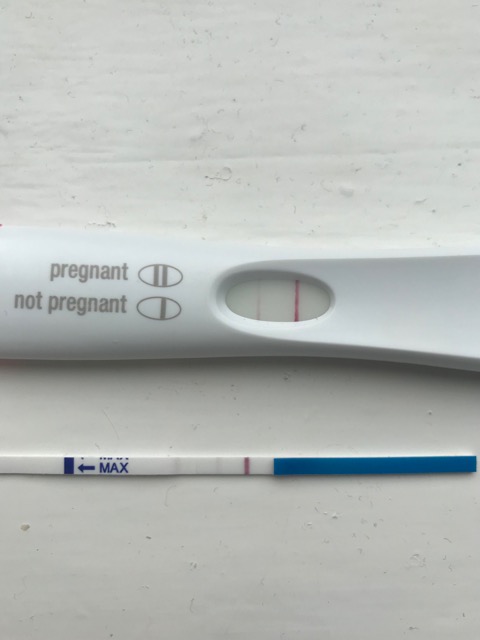