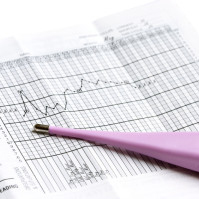 Fertility Awareness Method
For those using FAM for birth control.

Is this ovulation spotting?

I’ve had ovulation spotting in the past but this time, it’s different. Usually, on the day I spot, (TMI) its a bit heavy ewcm mixed with a small amount of red blood. I mean a tiny amount but enough to notice. This cycle and the one previous, it’s been a little odd. I’ll have ewcm and a small amount of red blood but I’ll have dark brown discharge mixed with ewcm the day or so after? I’ve never had that until now. For this cycle it was a bit heavy to me because I’ve never noticed it before. Not enough for a pad but it was there when I wiped. Always mixed with ewcm and stretchy. Is this normal? I’m going to my gyno at the end of the month so I’m going to bring it up then also.